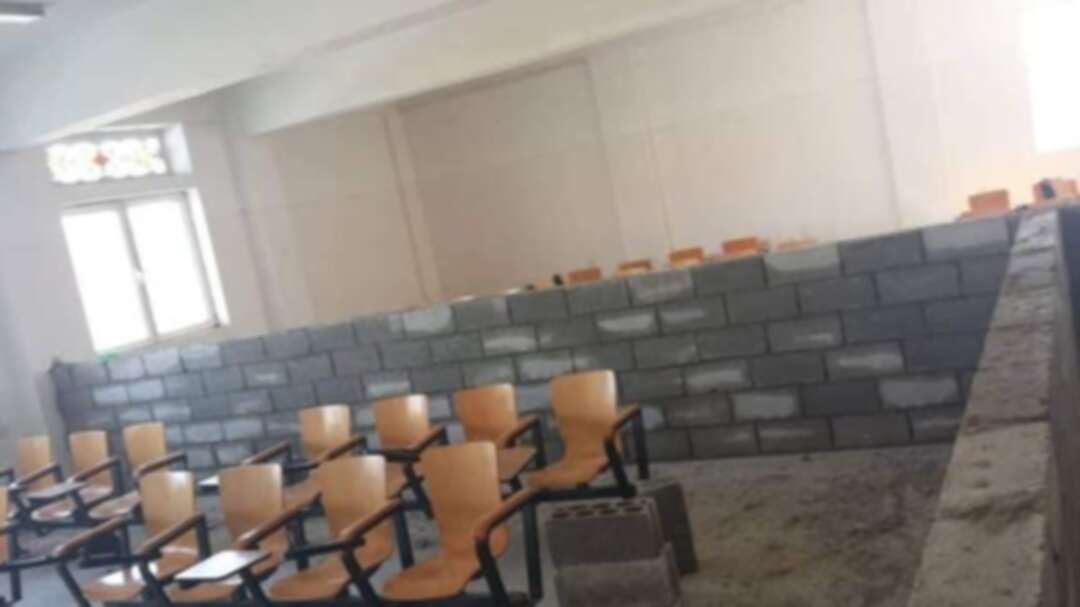 Picture shows cement walls being placed to seperate male and female students in classrooms. (Photo via @ERYANIM on Twitter)

“The Iranian-backed terrorist Houthi militia began to separate male and female students in the halls of government universities located in the hijacked capital Sana'a and the rest of areas under its control with concrete walls, in an unprecedented incident,” Muammar al-Iryani, Yemen’s information minister, shared on Twitter.“Terrorism practices of Houthis reflect its barbarity & attempts to exploit its temporary control over Sana'a &some areas 2perpetuate &impose its extremist ideology on society by force &coercion in light of suppression of freedoms &decline in women role,” al-Iryani added.

The Houthis have long been accused by the Yemenis and the international community of human rights abuses, especially toward women. In a 2014 Reuters report, Yemeni women said they experience much worse since the Houthis took over the capital in a coup against the government, including threats of sexual violence they say come from supporters of the Houthis.

At the media studies college in Sanaa University, young women in colorful scarves said how they had started covering up even more because they did not want to be harassed by Houthi guards who stand at the entrance of the university.