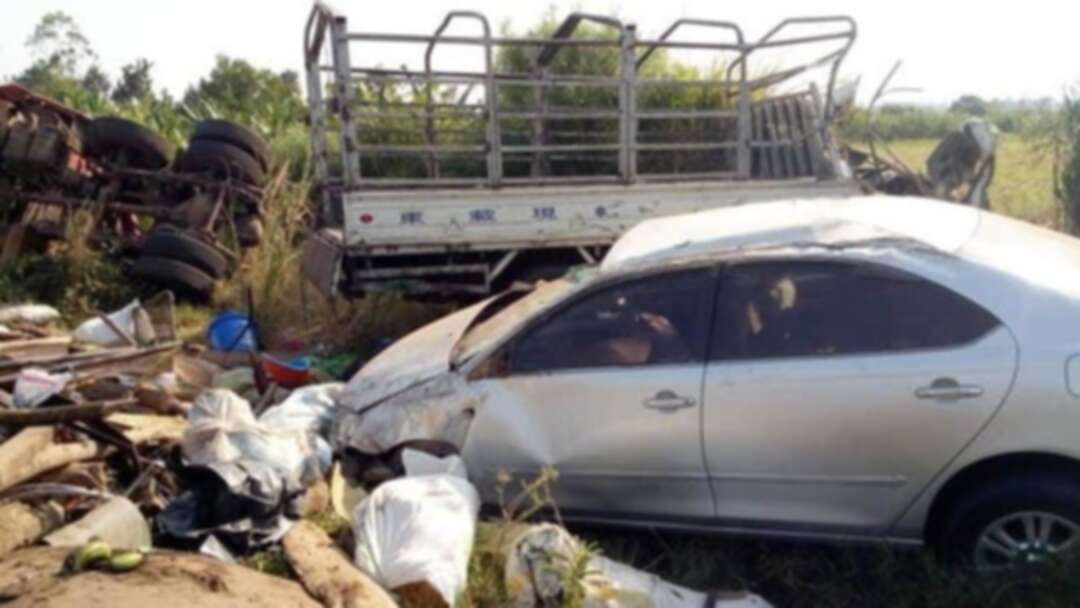 A photo from the Kasese accident scene in Kampala, Uganda on Feb 3, 2021. (Twitter)

Thirty-two people died and five were injured on Tuesday when a truck carrying mourners collided with a car and three other vehicles in Uganda, the Ugandan Red Cross said.

The overloaded truck, carrying mourners and a coffin, collided with a car near Kasese in western Uganda shortly before midnight, according to Red Cross spokeswoman Irene Nakasiita.

“The road is small, it’s under construction and it was dark,” said Nakasiita.

Shortly afterwards, two trucks coming from Kasese ploughed into the crash site and a third coming in the opposite direction, from Bundibugyo, also struck the vehicles and overturned.

“So it made up five cars all involved at the same scene,” said Nakasiita.

Red Cross staff and volunteers worked with Ugandan soldiers to transport the dead and evacuated the five survivors.

Poorly maintained vehicles and unsafe highways are common in Uganda which has one of the world’s highest rates of road traffic accidents.

Fatal collisions are becoming increasingly common and cost the East African nation five percent of its gross domestic product each year, according to a UN report in 2018.