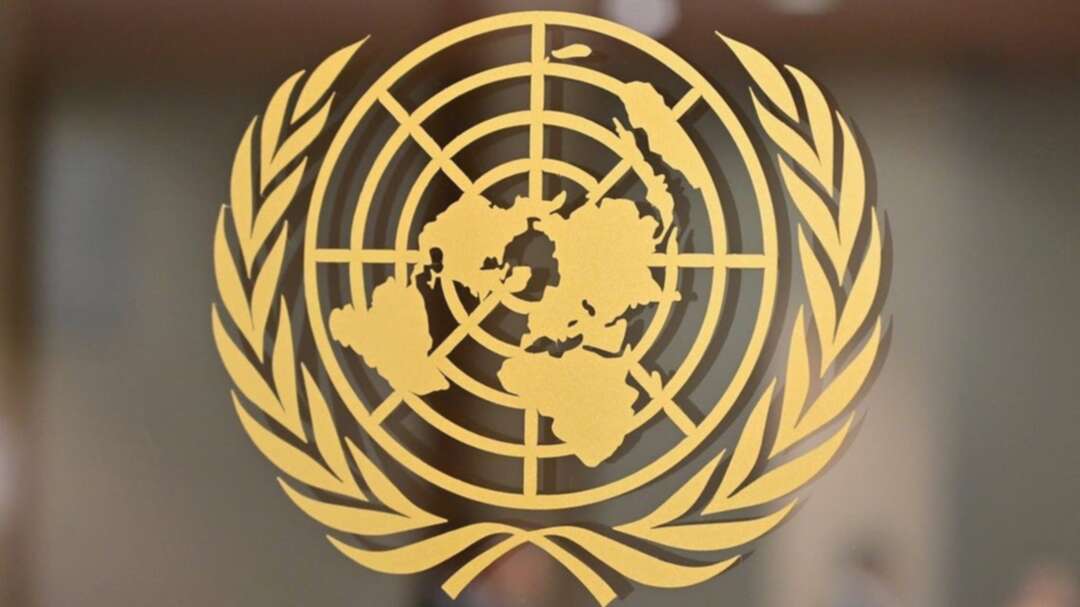 Linda Thomas-Greenfield takes up her post as US ambassador to the United Nations on Thursday and a senior Russian diplomat said the red carpet will be rolled out and Moscow is ready to work with the Biden administration -- but “it takes two to tango.”

After being sworn in on Wednesday by Vice President Camala Harris, Thomas-Greenfield headed to New York where she is scheduled to present her credentials to UN Secretary-General Antonio Guterres Thursday afternoon.

She will be jumping right into her new job, tackling global peace and security issues with Russia, China and a dozen other countries because the United States takes over the rotating presidency of the powerful UN Security Council on Monday. And she might even decide to attend a council meeting on Friday.

“We are looking forward to interactions with her,” Russia’s Deputy UN Ambassador Dmitry Polyansky told a group of reporters Wednesday. “You can count on our most favorable attitudes and positive emotions towards her as a member of our Security Council family”.

Noting Thomas-Greenfield’s decades as a US diplomat, he said “it’s always easier to interact with professionals.”

But he said America’s view that Russia is “an enemy” and a “threat” hasn’t changed under Biden, so “it’s very difficult to imagine how the interaction with us might change with such starting points of the positions of the new administration.”

Nonetheless, Polyansky said, “there are a lot of things Russia and the United States can do together” and “we will judge the new administration by what it does.” 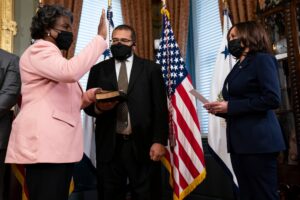 Vice President Kamala Harris hosts a ceremonial swearing in for US Ambassador to the United Nations Linda Thomas-Greenfield, at the Eisenhower Executive Office building on the White House campus, Wednesday, Feb. 24, 2021, in Washington. (AP)

“We’re in favor of cooperation,” he said. But “it takes two to tango, and really we’re ready to dance, but we need a good and reliable partner who knows all the moves and who respects us” as a country with certain positions, “doesn’t view us as a threat” and sees “our obvious national interests in many issues.”

Thomas-Greenfield, a retired 35-year veteran of the US foreign service who rose to be assistant secretary of state for Africa, resigned during the Trump administration. She will be the third African-American, and the second African-American woman, to hold the UN post.

Her confirmation on Tuesday was hailed by Democrats and advocates of the United Nations who had lamented former President Donald Trump’s “America First” unilateral approach to international affairs and rejoiced at President Joe Biden’s return to multilateralism.

At the Senate hearing on her nomination, Thomas-Greenfield called China “a strategic adversary” that threatens the world, and called a speech she gave in 2019 that praised China’s initiatives in Africa but made no mention of its human rights abuses a mistake.

The Senate voted 78-20 to confirm her with Republican opponents saying she was soft on China and would not stand up for US principles at the UN.

Thomas-Greenfield said at the hearing that Washington will be working not only with allies “but to see where we can find common ground with the Russians and the Chinese to put more pressure on the Iranians to push them back into strict compliance” with the 2015 agreement to rein in their nuclear program.

Trump pulled the US out of the agreement in 2018 and Biden has indicated the US will rejoin it, though how that might happen remains a major question.

Polyansky said Russia welcomes the ““positive developments” on the Iran nuclear deal and the US agreement to extend the START nuclear agreement, adding that Moscow is ready for serious and meaningful discussions “first and foremost in the area of strategic stability.” 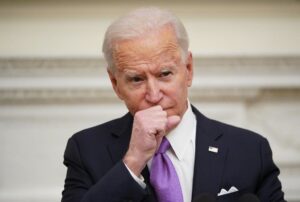 Thomas-Greenfield stressed at the hearing that the US will be reengaging internationally and promoting American values -- “support for democracy, respect for universal human rights, and the promotion of peace and security.”

“She should abandon the Trump administration’s selective approach to human rights – enthusiastically condemning its enemies’ abuses while ignoring rights violations of allies like Israel and Saudi Arabia,” he said.

“But there’s room for continuity on China and Syria,” Charbonneau said. “She should make expanding the coalition of nations willing to speak out against Beijing’s human rights abuses one of her chief goals at the UN, above trying to bring African, Asian, and Latin American states into the fold. And she should continue to push for expanded humanitarian access to all parts of Syria.”