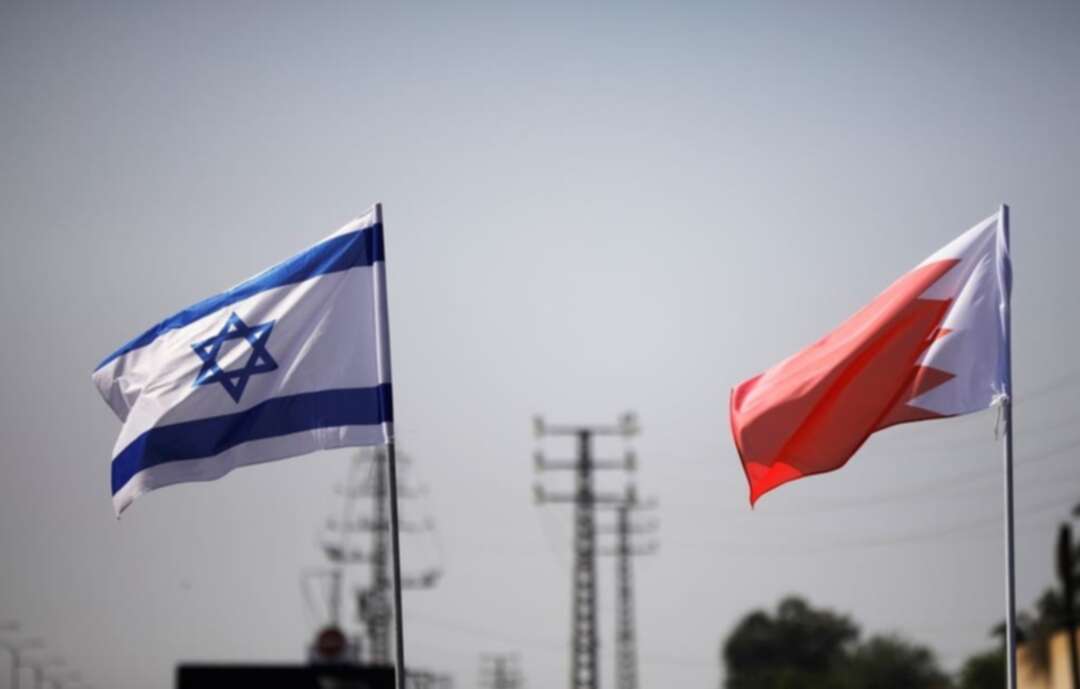 The flags of Israel and Bahrain flutter along a road in Netanya. (Reuters)

Bahrain and the United Arab Emirates formalized ties with Israel on Sept. 15 in part over shared concerns about Iran, in a deal forged by former US President Donald Trump.Trump withdrew from a 2015 nuclear deal between Tehran and world powers, a move praised by Israel which has objected to the accord. His successor, President Joe Biden, wants to rejoin the deal. 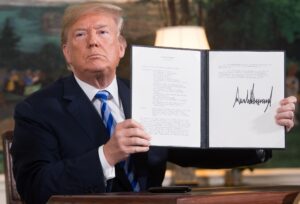 President Trump signs a document reinstating sanctions against Iran after announcing the US withdrawal from the Iran Nuclear deal at the White House on May 8, 2018. (AFP)

But in the week since Washington offered to talk with Tehran about reviving the nuclear deal, Iran has curbed UN monitoring and threatened to boost its uranium enrichment. Tehran denies it is seeking nuclear weapons.

An Israeli official said on Tuesday that Israel hopes to prevent personal tension between Netanyahu, who is seeking re-election on March 23, and Biden over their differences on Iran policy by delegating talks on the topic to their senior staff.

Netanyahu and Khalifa both released statements about their telephone call on Thursday but only the Bahraini announcement mentioned Iran.

Their conversation stressed the importance for the “countries of the region to take part in any talks about Iran’s nuclear file,” the kingdom’s state media office said on Twitter.

Netanyahu’s office said he spoke with Khalifa about visiting Bahrain once coronavirus restrictions would allow it.

“The Bahraini regent also stated that he was interested in examining the possibility of Bahrain joining an investment in a vaccine manufacturing plant that is planned to be established in Israel together with other countries,” the statement said.

Bahrain and the United Arab Emirates formalized ties with Israel on Sept. 15, in a US-sponsored deal forged in part over shared concerns about Iran.

Israel expects trade with Bahrain to be around $220 million in 2021, not including possible defense and tourism deals.