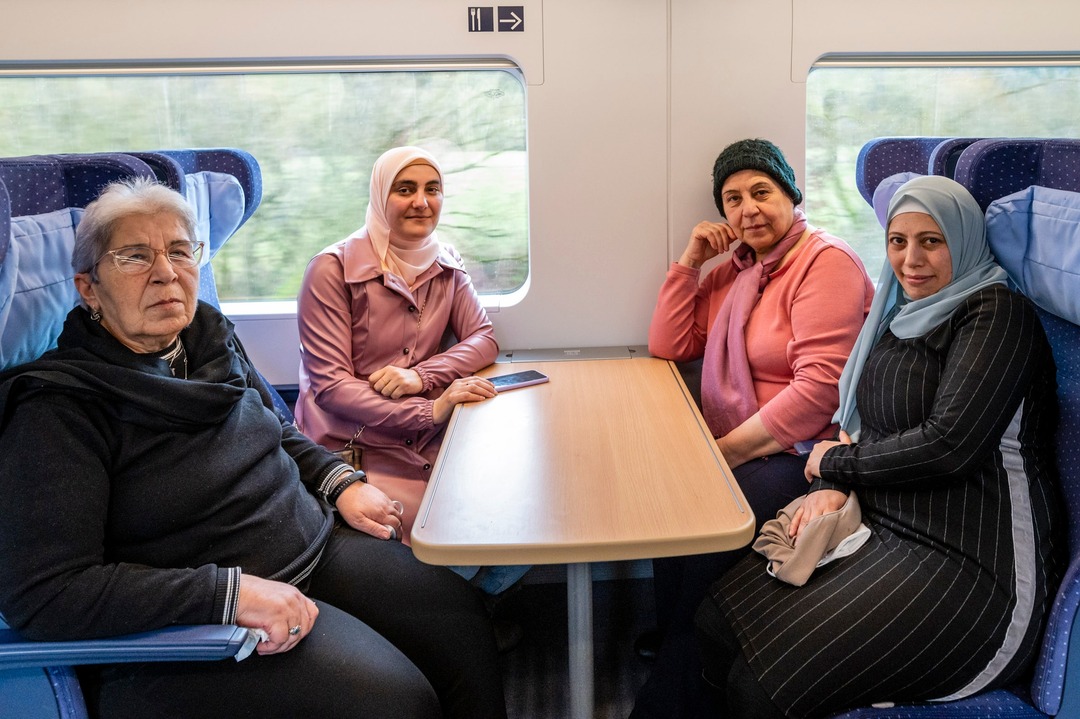 On our way to Koblenz, where we will stand outside as the court decides the fate of Anwar R/Families for Freedom official Facebook page

The Guardian reported that A German court is expected to issue a verdict against a former Syrian intelligence official accused of overseeing the murder of 58 people and the torture of thousands of others, in a landmark case expected to declare the actions of the Assad regime over the last decade a crime against humanity for the first time.

The verdict against Anwar Raslan, a former colonel loyal to the regime who later defected and fled Syria, is both a highly symbolic moment for the Syrian opposition in exile and a potential risk for those seeking to bring more war criminals to justice in the future, some of whom say a harsh sentence could discourage other defectors from talking openly to authorities.

Raslan, 58, is charged with crimes against humanity, rape, aggravated sexual assault and murder at Branch 251, an intelligence unit with its own prison also known as “al-Khatib” after the eponymous neighbourhood in Damascus, where he allegedly oversaw the torture of at least 4,000 people as a commanding officer between 29 April 2011 and 7 September 2012.

The former officer is being tried under the legal principle of universal jurisdiction, which allows the prosecution of crimes in one country even if they happened elsewhere.

If the court finds Raslan to be guilty, as the main perpetrator rather than just an aide to these crimes, he could face a life sentence on Thursday, with no chance of early release until he has served 15 years.

Over 107 trial days at a regional court in the south-western German town of Koblenz, the judge heard statements from almost 50 witnesses who had survived the Branch 251 facility, several of whom appeared as co-plaintiffs.

They described how suspects rounded up by the regime were beaten by guards with fists, sticks, cables, and metal pipes, and held in tightly packed cells whose ventilation shafts were intermittently closed to induce panic.

Another witness, a former funeral service worker in Damascus, recalled being enlisted by Syrian intelligence to drive its victims to mass graves outside the city – on average four trips a week, each time carrying up to 700 corpses.

According to the Syrian Network for Human Rights, a UK-based independent monitoring group, at least 130,000 people have been detained or forcibly disappeared by Bashar al-Assad’s regime since March 2021.

Raslan’s defence lawyers have tried to dismiss some of the evidence, arguing that none of the witnesses were directly tortured by the accused himself.

The former intelligence official said in court that he had stopped identifying with the Syrian state after 2011, and that as a Sunni from the Houla region he was not trusted by Assad’s mostly Alawite generals. After defecting, he fled to Jordan in 2012 and in 2014 was granted asylum on humanitarian grounds in Germany, where he said he did not try to cover up his past.

During the trial, Raslan claimed that after arriving in Germany he lived in fear of retributions from the Syrian regime and contacted Berlin police in February 2015 because he was convinced he was being followed.

The police officer who questioned him at the time told the Koblenz court that while Raslan’s fear of retribution was real, she had not considered him to be under real threat in Germany.

Germany’s federal criminal police started investigating Raslan in 2017, after he described his role in Syria’s security apparatus in detail during an interview with Stuttgart police, supposedly to aid their investigations into another officer. He was arrested in February 2019.