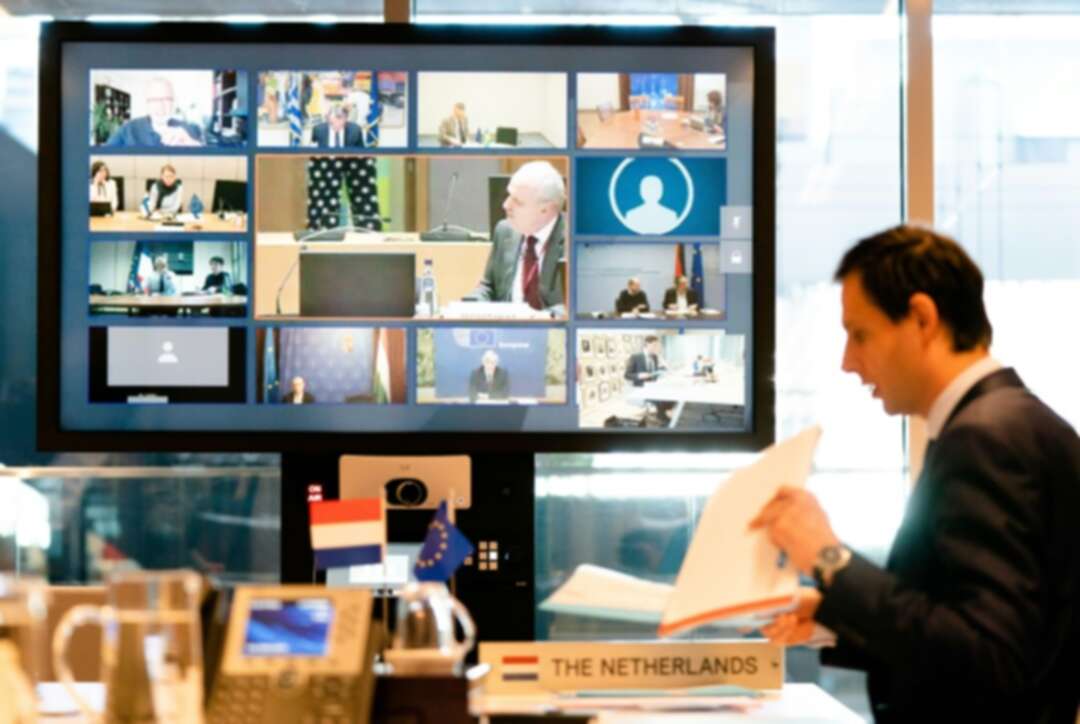 EU finance ministers failed on Wednesday to agree on a rescue plan to help hard-hit member states face the coronavirus outbreak after the Netherlands blocked the deal over bailout conditions. as Netherlands

"After 16 hours of discussions, we came close to a deal but we are not there yet. I suspended the Eurogroup and (we will) continue tomorrow Thursday," said Eurogroup chief Mario Centeno.

Bickering EU finance ministers were unable to bridge differences on how to rebuild their economies after coronavirus, with a North versus South split that recalled the worst days of the eurozone debt crisis.

The European economy has been battered by the pandemic as national governments impose strict lockdowns that have closed businesses and put normal life on hold.

The ministers' video conference dragged on from Tuesday into Wednesday, with Italy and Spain insisting on having no strings attached to the aid plan on the table.

With tensions running high, ministers put off an especially touchy discussion on a solidarity fund that would be paid for by European partners jointly borrowing money on the financial markets.

Sometimes called "coronabonds", this proposal was firmly resisted by Germany and the Netherlands and ministers agreed to pass the idea over to EU leaders, who will meet later this month.

Berlin and its allies insist that any European rescue should use the eurozone's existing 410-billion-euro ($443-billion) bailout fund, as well as wait to see the effects of the massive monetary stimulus already unleashed by the European Central Bank. as Netherlands

Sources said the talks dragged on over how to use the European Stability Mechanism (ESM) bailout fund to help countries that need it, with the Dutch insisting that help could not come without some pledge for reform in return.

"Because of the current crisis we have to make an exception and the ESM can be used unconditionally to cover medical costs," said Dutch Finance Minister Wopke Hoekstra.

"For the long term economic support we think it’s sensible to combine the use of the ESM with certain economic conditions," he said.

Opting instead to issue bonds to raise the necessary funding would only "create more problems than solutions for the EU," he added in a tweeted message.

France and Germany, the eurozone's most powerful states, said they had agreed on the terms of using the bailout fund, which could offer a total of up to 240 billion euros.

"With German Finance Minister Olaf Scholz, we call on all European states to rise to the exceptional challenges to reach an ambitious agreement," France's Bruno Le Maire said after the talks ended.

Entering the meeting, Italy said it would refuse recourse to the ESM, which was created in 2012 during the eurozone debt crisis when states like Greece no longer had access to borrowing on the markets.

ESM programs come with strings attached for countries that use it -- heavy conditions that Italy and Spain say they would refuse if other capitals were to try to impose them.

They fear having their public spending scrutinized by Brussels auditors, as happened to Greece and Portugal after their bailouts.

Northern countries insist that conditions can be kept to a minimum given the cause of the crisis, but that in the longer term a country would have to get their finances in order.

"In the end, it was the Dutch who made excessive demands on conditionality," an EU diplomat said.

"The Dutch were very tough. Without the Netherlands, we would have agreed," the diplomat added.

Whatever is eventually agreed by the ministers will then go to EU leaders. as Netherlands

Last month leaders met but failed to agree a bailout due to their differences and tasked the ministers to break the logjam.

Italy and Spain, backed then by France, wanted Brussels to back the idea of "coronabonds," a shared debt instrument sold on the markets to raise money.

Also under discussion is a lending facility from the European Investment Bank for struggling small and medium-sized businesses, and a guarantee fund for certain national unemployment schemes to be run by the European Commission.