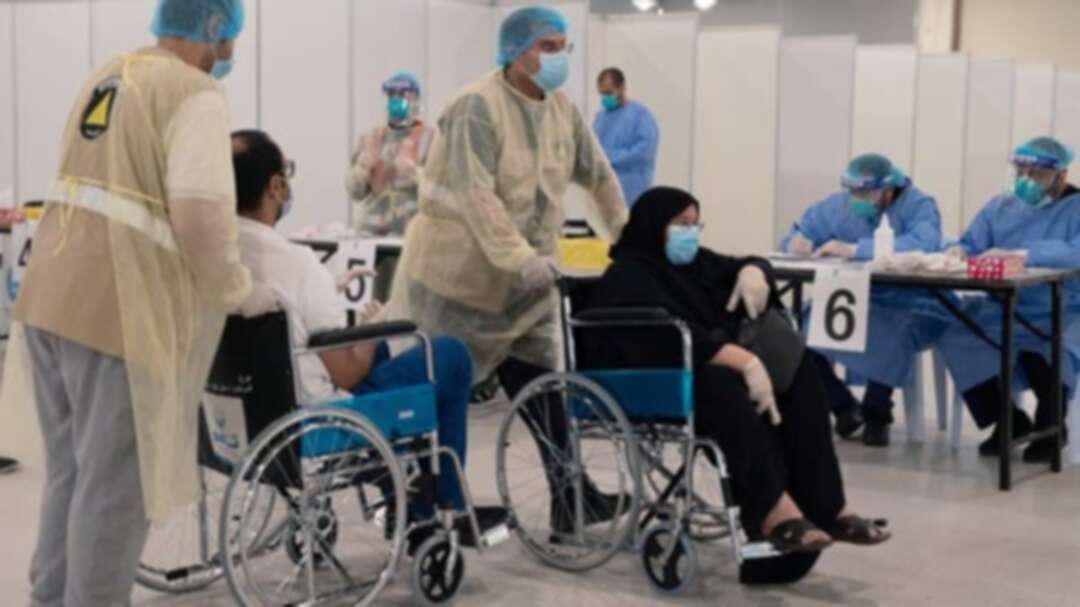 Volunteers help Kuwaitis, arriving from Europe, to do their compulsory testing at a coronavirus testing centre, at the Kuwait International Fairgrounds in Mishref, Kuwait March 18, 2020. (Reuters)

Kuwait confirmed 112 new coronavirus cases on Wednesday, bringing the total to 885, according to a health ministry spokesman.

Meanwhile, the total number of recoveries is now 111, health minister Dr. Basel al-Sabah announced on his official Twitter account earlier in the day. Kuwait recorded only one death related to the virus.

Kuwait has implemented several strict measures over the past few weeks to combat the spread of the virus. The country’s Cabinet imposed a total lockdown on some areas for two weeks which started on Monday. A partial curfew in effect across the country was extended to 6 a.m.