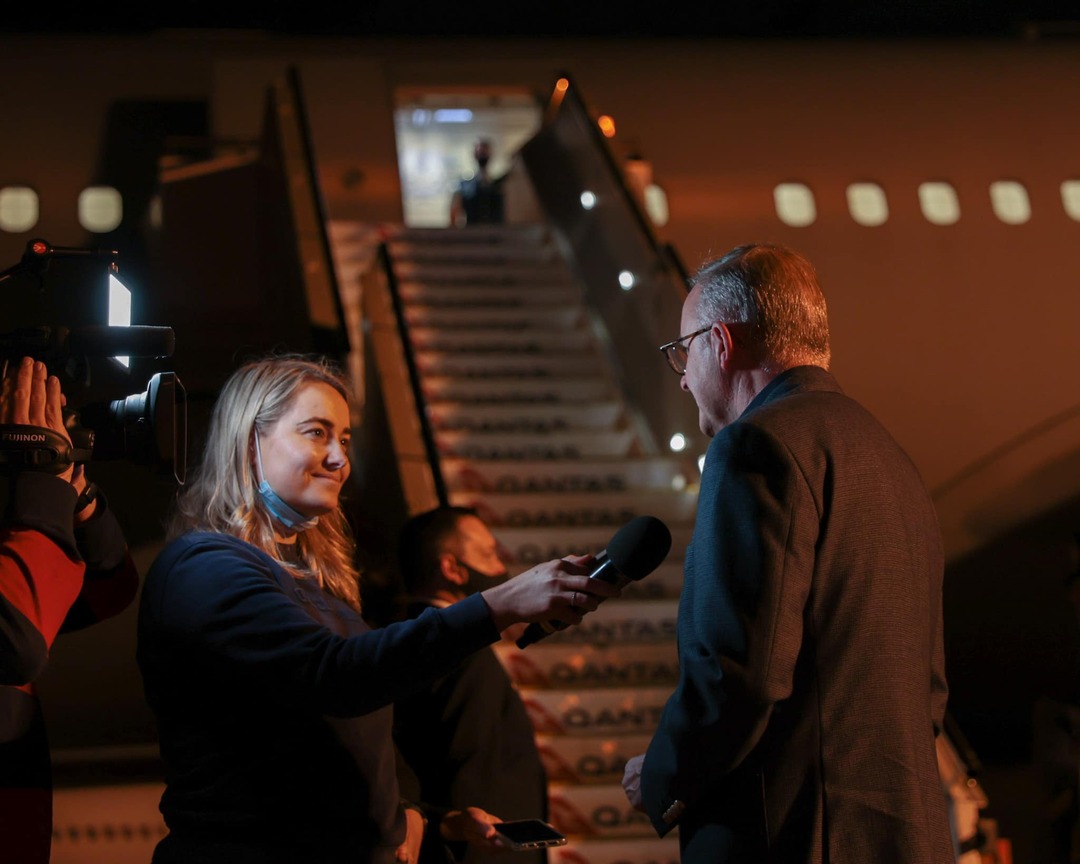 Australia has been invited to the NATO summit because democratic nations must stand together against Russia’s brutal invasion of Ukraine. We will work with our allies and partners, globally and in the Indo-Pacific. I spoke to the media on the tarmac in Sydney before departure - Australian PM Anthony Albanese official Facebook page

The Alarabiya English reported, citing Bloomberg, Australian Prime Minister Anthony Albanese has warned the Chinese government to learn the lessons of Russia’s “strategic failure in Ukraine", as he heads to Europe for a meeting of NATO leaders.

In an interview with the Australian Financial Review, conducted en route to Spain for the NATO meeting, Albanese said the Ukraine invasion had brought democratic nations together, “whether they be members of NATO, or non-members such as Australia.

When asked what message the Chinese government should take from Russia’s invasion of Ukraine, particularly for its ambitions toward Taiwan, Albanese said the war “had shown attempts to impose change by force on a sovereign country meet resistance.

The Chinese government under President Xi Jinping has been clear in its ambitions to unite China with the democratic island of Taiwan in coming decades. Beijing has long considered Taiwan to be a renegade province, despite the two being separately governed for more than 70 years.

I've arrived in Madrid for the NATO Summit

This week at the NATO summit in Spain, I’ll be working with partners to promote peace and security, including in our Indo-Pacific region.

In recent years, China has ramped up its military exercises and drills in the air and sea around Taiwan in what the US and its allies have said is a pattern of growing aggression toward the island.

Albanese’s latest comments come at a time when Australia and China are tentatively exploring restarting diplomatic engagement under the center-left Albanese government, which was sworn in just over a month ago after winning a May election.

However there are still a large number of points of diplomatic tension between the countries, including Beijing’s growing presence in the Pacific, punitive measures placed by China on Australian exports and the detention of two prominent Chinese Australians.

Albanese will join the leaders of three other Asia-Pacific nations -- Japan, South Korea and New Zealand -- at the NATO summit in Spain, before flying to Paris for a meeting to work on mending ties with French President Emmanuel Macron.

The Australian leader has been invited to visit Ukraine by President Volodymyr Zelenskyy but has not yet confirmed whether he will make the trip.

At a press conference on Monday after landing in Madrid, Albanese confirmed that he had spoken to Solomon Islands’ Prime Minister Manesseh Sogavare for the first time since taking power. The Australian leader said it was a “very constructive discussion.”