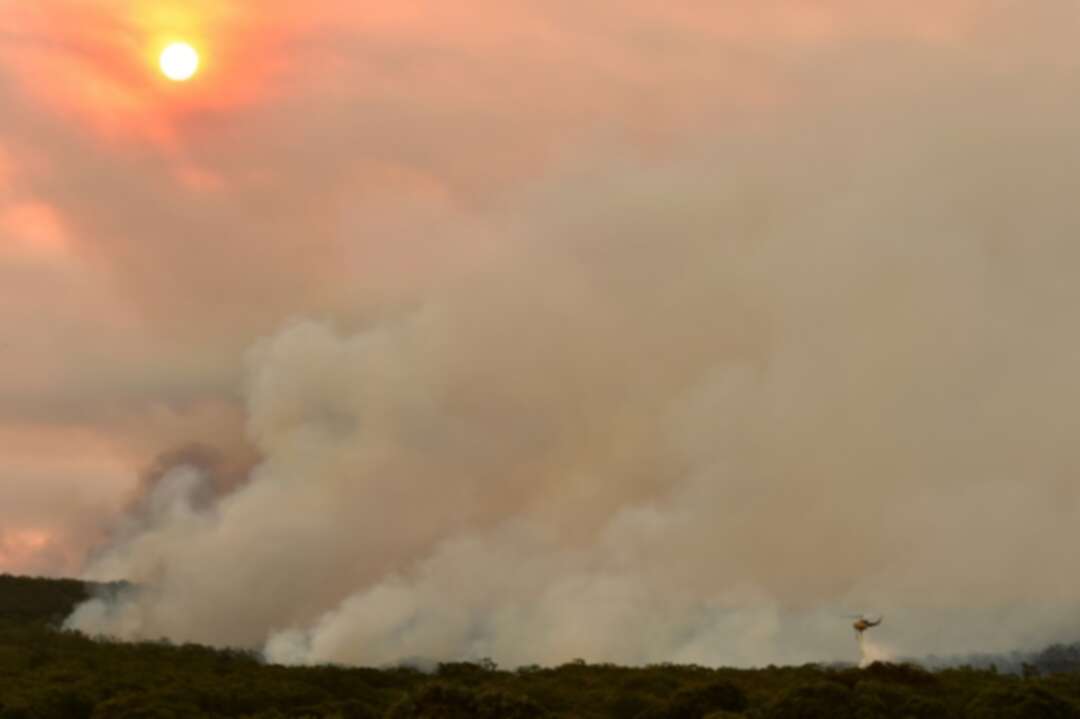 Morrison expressed regret for the family trip as two volunteer firefighters were killed and a record heatwave exacerbated dozens of out-of-control blazes.

Pressure had been piling on Morrison over his vacation this week, as thousands of exhausted volunteer firefighters battled blazes across the country and millions of people in Sydney choked on toxic smoke.

"I deeply regret any offense caused to any of the many Australians affected by the terrible bushfires by my taking leave with family at this time," Morrison said in a statement Friday.

He added he would be returning to Australia as soon as possible "given the most recent tragic events", referring to the deaths of the two firefighters.

Geoffrey Keating, 32, and Andrew O'Dwyer, 36 died when a tree damaged their truck on Thursday as they battled out-of-control blazes south of Sydney.

Three other firefighters in the vehicle survived with minor injuries.

Criticism of Morrison's absence has been widespread, sparking street protests and a flood of angry social media posts demanding #WhereIsScomo.

The situation was worsened by the prime minister's office initially refusing to confirm his whereabouts.

"We are seeing an absolute lack of leadership from this government and it is a disgrace," said Leighton Drury, a firefighters' union leader addressing Morrison's absence, "where the bloody hell are you?"

New South Wales fire commissioner Shane Fitzsimmons said firefighters everywhere were grieving the "huge loss" of the two young fathers who were caught in "the worst imaginable set of circumstances".

"(They) simply went out, doing a remarkable job, like all their colleagues, and like they have done year-in, year-out, and to not be coming home after their shift is tremendous grief," he said.

The fire that they were battling was still out-of-control Friday, leaving no time for their colleagues to grieve.

Fires are burning almost the entire length of Australia's east coast, with more than 100 blazes in New South Wales alone.

A state of emergency was declared in New South Wales -- the country's most populous state -- on Thursday because of the "catastrophic" conditions.

On Friday the crisis spread to South Australia, where firefighters warned of "very dangerous" conditions as they fought a fire that had engulfed a vineyard in the Adelaide Hills.

The state's premier Steven Marshall said that one person had died in a car crash near one fire, and another person is missing. Four volunteer firefighters were reportedly injured.

At least three million hectares (7.4 million acres) of land have been torched across the country in recent months, with eight people killed and more than 800 homes destroyed.

Australia endures bushfires every year but they began particularly early this season, lasted longer and have been far more intense.

Scientists have attributed this in part to global warming, although Morrison's conservative government has been reluctant to link the fires with climate change.

A series of record temperatures this week has further raised the alarm about global warming and has worsened the bushfire crisis.

This was a full degree higher than the previous record set just one day earlier.

Until this week, the record high had been 40.3 C in January 2013. In some parts of Australia, the temperature neared 50 Celsius, but a change in the weather Saturday is expected to see maximum temperatures drop by 20 C in the south of the country.