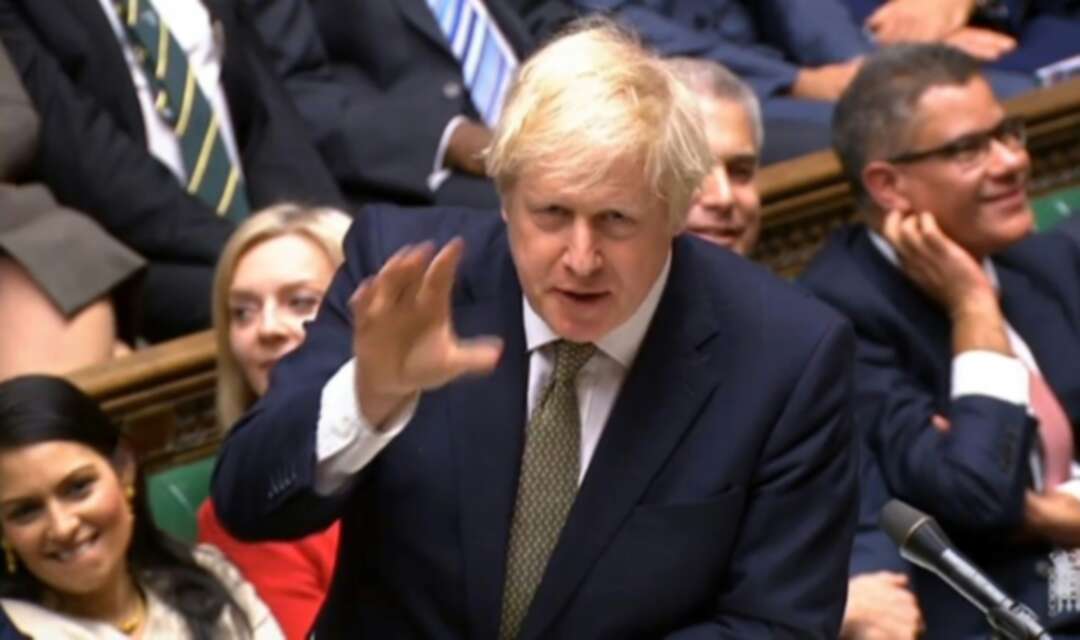 The all-but-certain outcome in the lower House of Commons will help Johnson on his way towards meeting his winning campaign promise to "get Brexit done" on January 31.

But it will also push London and Brussels closer to another cliff edge at the end of 2020 that might disrupt decades of unfettered trade.

A snap election last week put Johnson's Conservatives in control of parliament and dispelled doubts over whether Britain would become the first nation to leave the European Union.

A final vote on Johnson's separation terms will come when lawmakers return from their Christmas break early next month.

But Britain will enter the holiday season closer to legal and economic independence from Brussels than it has been at any point since the 2016 Brexit referendum on Britain's near half-century EU membership.

Johnson has the freedom and power to shape Britain's future that his predecessor Theresa May never had during her troubled three-year term.

"Today we will deliver on the promise we made to the people and get the Brexit vote wrapped up for Christmas," Johnson said.

"Now MPs will start the process of passing the bill. Then, at the beginning of the new decade, at the beginning of a new dawn for our country, our parliamentarians will return to Westminster to immediately finish the job, take us out of the EU on January 31 and move this country forward.

"After years of delay and rancor in parliament, we will deliver certainty and hard-working businesses and people across this country will have a firm foundation on which to plan for the future."

The healthy margin appeared to remove the possibility of more months of political uncertainty and chaos -- and of Britain crashing out of the bloc without any arrangements for what comes next.

But the pound fell back to its pre-election levels when Johnson introduced a series of small but potentially consequential changes into the official Withdrawal Agreement Bill.

Britain's formal departure on January 31 had been due to be followed by an 11-month transition period during which things would stay pretty much as they are now.

The sides are supposed to use the time to negotiate a comprehensive new agreement covering everything from trade to security and data protection.

EU officials warn that such deals usually take years to hammer out.

But Johnson ruled out the possibility of asking for a deadline extension in the version of the bill before parliament on Friday.

"A Minister of the Crown may not agree... to an extension of the implementation period," the bill now says.

Analysts note that little prevents Johnson from pushing a new law through parliament removing that firm deadline should negotiations veer dangerously off track.

It also puts psychological pressure on European officials to back off some of their stiffer demands on London and seek a limited deal that leaves some big issues unresolved.

"The UK could get a (free trade agreement) done with the EU by end of 2020," May's former Brexit adviser Raoul Ruparel said.

"But it would be a narrow and shallow one."

The EU's chief Brexit negotiator Michel Barnier said on Tuesday that the bloc "will do the maximum" to meet the end-of-2020 deadline.