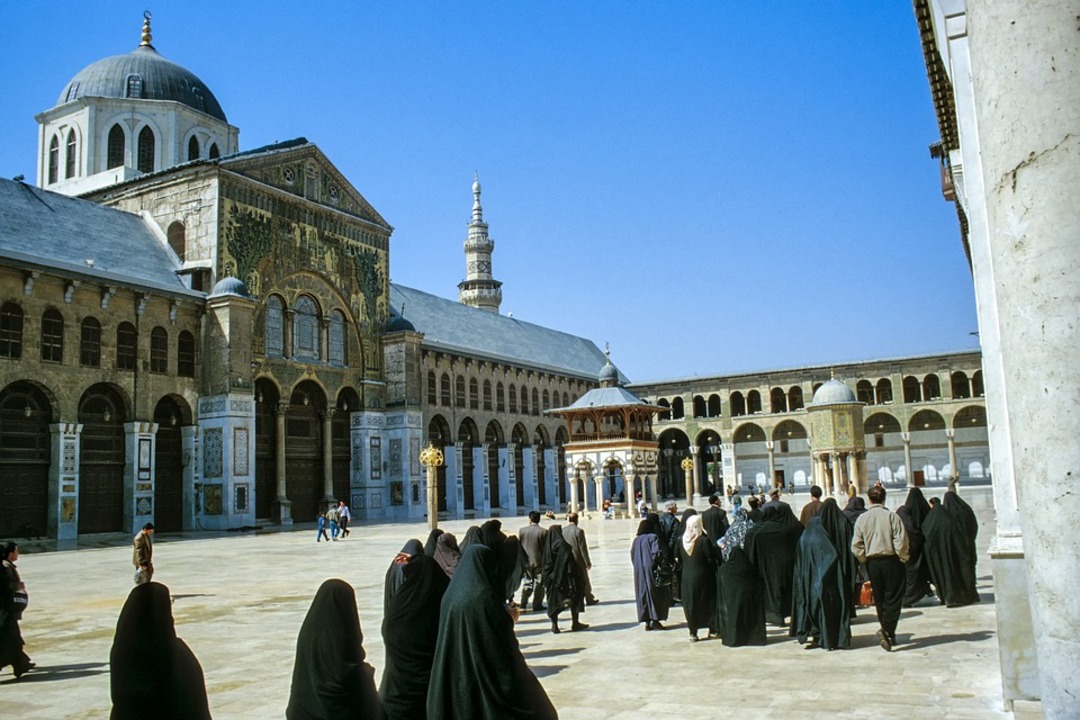 The Umayyad Mosque in Damascus/Pixabay

The Asharq AL-awsat reported that experts have ruled out the possibility that the resumption of religious tourism flights and trips from Iran to Damascus would help revitalize the economy in areas held by the Syrian regime.

However, companies and businesses that have emerged and benefited from the war are likely to be the winners from the flights.

Reports have said that the war profiteers will provide protection to the Iranian travelers as they cross from Iraq to southern Damascus.

An economic expert told Asharq Al-Awsat that the resumption of the trips may stem from the regime's economic need given that no end is in sight to its crises.

He added that the economy in regime-held regions is crumbling and the crises have intensified recently, especially amid a shortage in fuel, gas, electricity, wheat, medicine and foreign currency.

Iran resumed on Sunday religious flights to Damascus, two years after they were suspended due to the coronavirus pandemic.

The Iranians will visit the Shiite shrine of Sayyida Zaynab south of Damascus. The overcrowded predominantly Shiite area is home to the families of pro-Iran militias.

Head of Iran's Hajj and Pilgrimage Organization, Alireza Rashidian said the cost of flying each traveler is roughly $350. The travelers will only visit Damascus and the Sayyida Zaynab shrine.

He added that the religious trips had stopped for two years because of the pandemic, but sources in the Sayyida Zaynab region confirmed to Asharq Al-Awsat that Iranian, Iraqi and Lebanese people had continued to visit the region in spite of the closure of religious sites during the virus outbreak.

The economic expert said the resumption of trips could be tied to Iran's need to reimpose itself economically on the Syrian scene after it was outmaneuvered by Russia and hampered by American sanctions, imposed by former US President Donald Trump, and the pandemic.

He continued that the timing could be connected to the easing of American pressure on Iran during Joe Biden's term and his administration's attempts to revive the Iran nuclear deal.

Another economic expert told Asharq Al-Awsat that the return of Iranian pilgrims is the least of the Damascenes' concerns.

He explained that the number of pilgrims will probably be not enough to make a dent in the economy.

The only sides set to benefit from the visitors are the economic groups relevant to the trips, such as companies that offer security services and others that organize the religious visits, he went on to say.

UNHCR: Unstable security situations and COVID cause fewer refugees to return to Syria

Moreover, Iran's Mahan Air will also benefit from the flights, which may in turn be used to transport Iranian weapons to areas held by the regime, he speculated.

Tehran may also be using the flights to exert political pressure on Iraq whereby it could attract pilgrims to visit Syria rather than religious sites in Iraq, which will have a negative impact on its economy, he said.

Iraq is also gearing up to form a new government, a process that often takes weeks. Iran could be using the resumption of flights as a means to influence the formation process in its favor.

Boris Johnson: NHS to be under 'considerable' pressure over Omicron Turkish President to visit Saudi Arabia in February