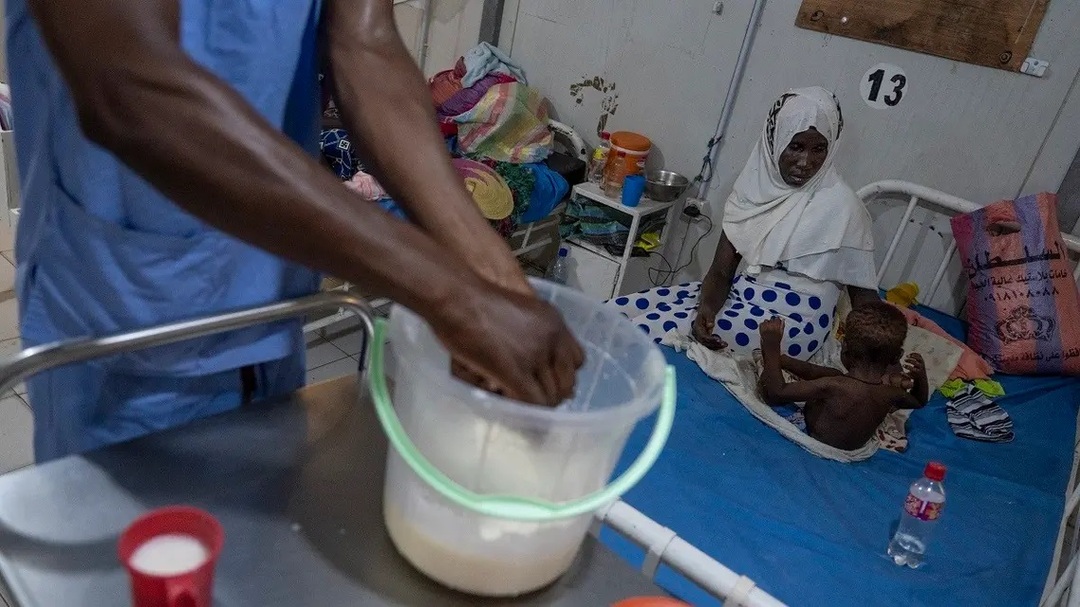 A nurse prepares food as a mother looks on at her malnourished child in the emergency medial care section for critical care patients in the ALIMA (The Alliance for International Medical Action) managed nutrition unit of the hospital Tchad/ Chine in N'djamena, Chad on May 13, 2022. (AFP)

UNICEF said that almost eight million children under five years old across 15 crisis hit countries could face death without “immediate" action amid a global food crisis “like no other.”

The United Nations' agency stated that countries at risk - whose children are reportedly in need of therapeutic food and care aid - will be covered in a UNICEF acceleration plan to avert “an explosion of child deaths”. These  include Afghanistan, South Sudan, Sudan and Yemen.

The agency estimates child deaths will be caused by severe wasting - “the most... lethal form of undernutrition… where children are too thin for their height".

It added that the food crisis has caused 260,000 children to suffer from this so far this year.

As world leaders gathered on Friday ahead of a G7 summit in Berlin, the UNICEF’s Executive Director Catherine Russel attended a conference for Global Food Security and appealed for $1.2 billion to avert “millions of child deaths” amid the crisis.

Russel said at the Berlin conference: “From UNICEF’s perspective, it is a crisis like no other. The Covid-19 pandemic, conflicts, and climate change are creating the conditions for severe food insecurity, now exacerbated by the war in Ukraine.”