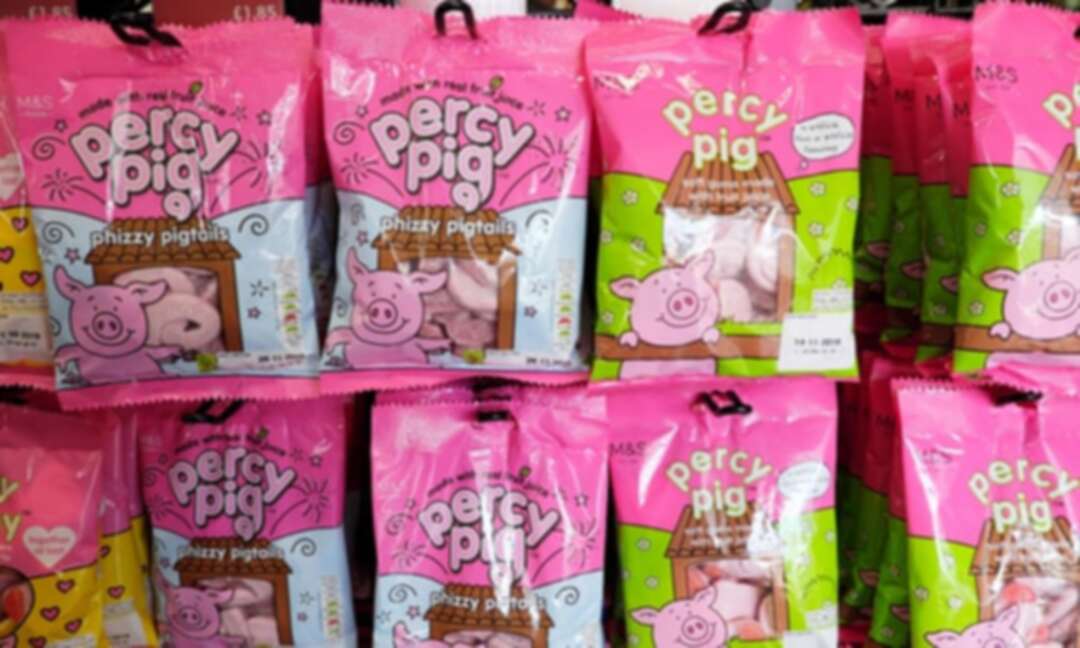 Percy Pig sweets are manufactured in Germany and brought to the UK before being re-exported to Ireland.

Percy Pig has emerged as one of the first casualties of Brexit red tape, with Marks & Spencer warning that its famous pink sweets could be hit with new import taxes in Ireland.

The sweets are among the more than 2,000 products sold in M&S food halls that are affected by the “rules of origin” regulations set out in the trade deal struck with the EU. The rules dictate whether import taxes, called tariffs, must be paid based on where a product’s ingredients come from and where it has been manufactured.

Steve Rowe, the chief executive of M&S, gave the example of its bestselling Percy Pig sweets, which are manufactured in Germany and brought to the UK before being re-exported to Ireland – a journey that would now be subject to import taxes.

“About a third of the products in our food business are subject to complex rules of origin around componentry and how much has been altered in the UK,” Rowe said. “Depending on that, there is a variable rate of tariff on goods. Tariff-free does not feel like tariff-free when you read the fine print.”

The UK’s free trade agreement has spared Marks & Spencer’s domestic business from tariffs but would “significantly impact” the retailer in Ireland, where it has 18 stores, as well as in the Czech Republic and France. The “scope and complexity” of the new rules meant many retailers would have to “find an expensive workaround”, Rowe said. The rules of origin do not affect products sold in its stores over the border in Northern Ireland.

The British Retail Consortium (BRC) said at least 50 of its members were facing potential tariffs for re-exporting goods to the EU. William Bain, the BRC’s trade policy adviser, said it was trying to come up with short-term options and “seeking dialogue with the government and the EU on longer-term solutions to mitigate the effects of new tariffs”.

He added: “We need a solution which genuinely reflects the needs of UK-EU supply and distribution chains for goods.”