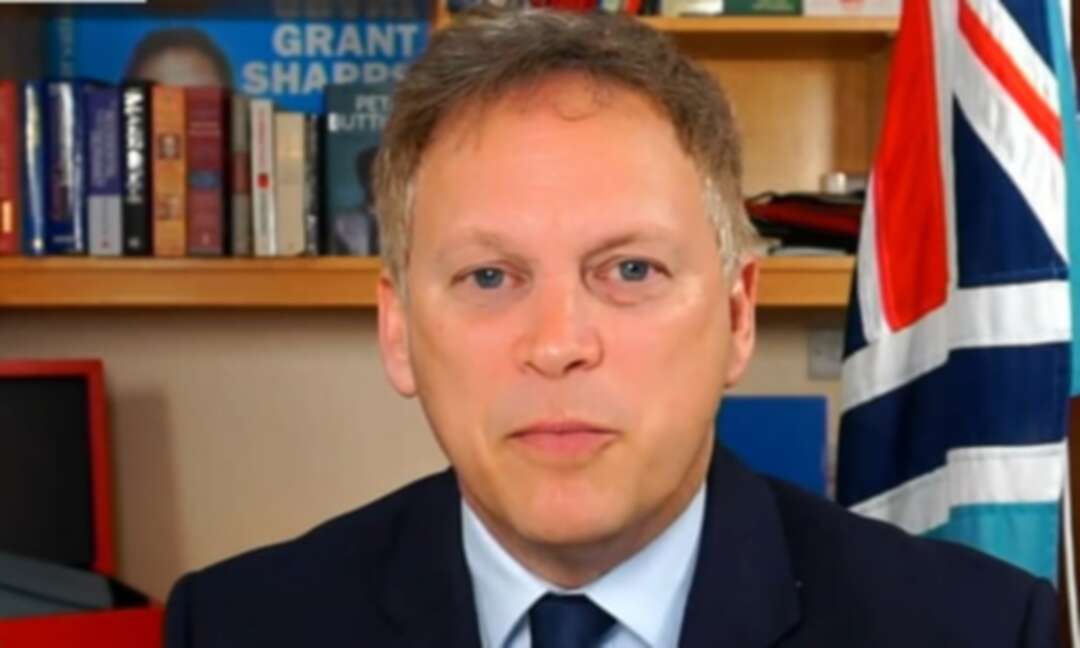 Grant Shapps on Friday morning during a round of broadcast interviews, with the memoir seen to the left of his head

The UK transport secretary, Grant Shapps, has apparently used his bookshelves to flatter the incoming Biden administration in the US, while condemning Donald Trump for encouraging the storming of the Capitol building.

During a round of broadcast interviews on Friday morning, Shapps was seen with a copy of a memoir by Pete Buttigieg, Joe Biden’s nominee for transportation secretary, placed behind his head as he gave video interviews from home.

In an interview with Sky News, he condemned the violence in Washington as “despicable” and said it was “inescapable that people were encouraged to go a march on the Capitol building”.

Shapps’s comments and his backdrop of the memoir, Shortest Way Home, come only months after he declined to condemn Trump for suggesting people should inject themselves with bleach to protect themselves from Covid. They also underline how quickly senior Conservatives have moved from praising Trump to condemning him.

Shapps stopped short of calling for Trump to be impeached as Democratic leaders in the US have demanded.

He said: “What happened completely dishonours democracy and was just despicable to see those people encouraged to go to the Capitol building and to ransack it like that. I think we can very fairly leave it to the Americans to work out what they should do next, that’s their call clearly.”

He added: “It’s not for me interfere in American politics any more than I expect an American president or politician to do in the UK.”

Shapps’ bookshelves have drawn attention before, having previously featured union flags, a ministerial red box and face-up covers of books with titles including Getting Inside People’s Heads and How to be Nice to People.

Percy Pigs in Ireland hit by Brexit red tape as M&S warns of tariffs Covid: arrivals to UK will need to show a negative test before entry