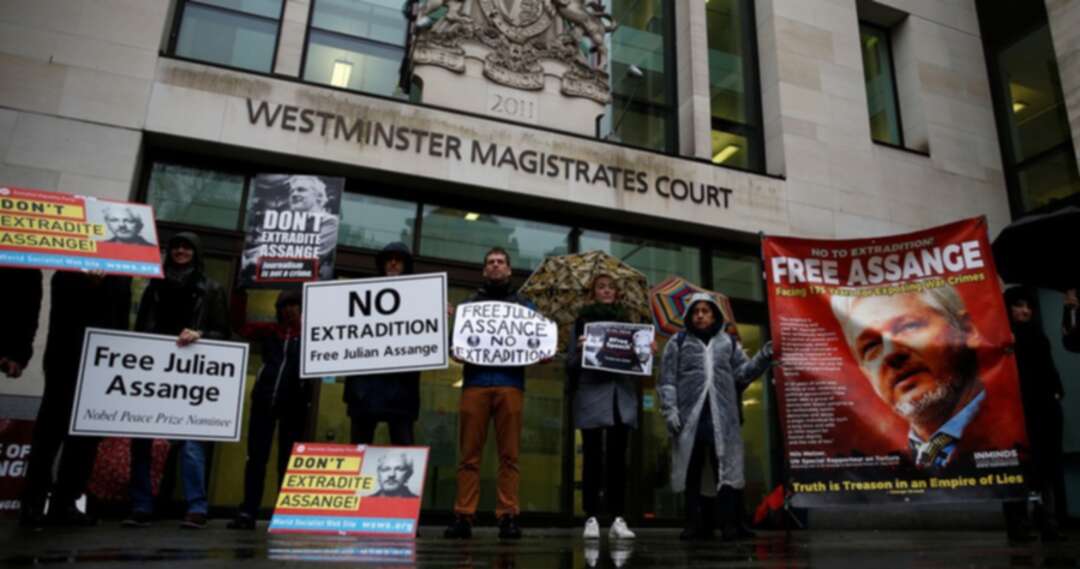 ‘Journalism is not a crime’: Australian MP says charges against Assange must be dropped after visiting him in UK prison

The continued persecution of the WikiLeaks co-founder is a “crazy situation,” Australian lawmaker George Christiansen told RT, adding that Julian Assange did not commit any crime aside from running afoul of US elites.

Christiansen, a member of the Liberal National Party of Queensland, questioned the integrity of the legal process against Assange, who is now facing the possibility of extradition to the US over “unlawfully obtaining and disclosing classified documents related to the national defense.”

The journalist was hauled out of the Ecuadorian embassy in London after his asylum was revoked in April 2019, and has been locked up at the maximum-security Belmarsh prison ever since.

“We have an Australian citizen, who is a subject to our laws, extradited by one foreign nation into another on charges by the laws of a country he did not even set foot to. That is a crazy situation,” Christiansen said, after visiting Assange at Belmarsh, south of London. If a British citizen faced extradition from a third country to China or another “adversary” of the West, London would spare no efforts seeking his or her release, he added. “The same is true for Assange.”Having been a journalist himself, Christiansen said that he sees absolutely no crime in Assange’s actions since he was just “reporting the facts” and revealing information that was “clearly of public interest.”

Christiansen has spoken to the UN special rapporteur on torture, Professor Nils Melzer, who has repeatedly raised the alarm about Assange’s health, arguing that his solitary confinement in Belmarsh essentially amounted to psychological torture. What he saw at Belmarsh convinced Christiansen that Melzer was right in this assessment. He particularly noted that Assange “exhibited signs of disorientation” and told Christiansen about his prolonged and “severe” isolation.

Assange has asked the Australian authorities to take “diplomatic efforts” to convince the US and the UK to drop a case against him. Even though he is an Australian citizen, Canberra has done little to address the fate of the WikiLeaks co-founder so far.

Some politicians, such as the Greens Senator Peter Whish-Wilson, did call on the government to intervene. Christiansen believes that “we will probably start seeing some movement” in Australia when Assange’s extradition hearings begin next week.

The continued disregard for Assange’s plight on part of almost all the Western media can be explained by “professional snobbery,” Christiansen told RT. The mainstream media circles simply do not see Assange as one of their own. “They say he is not a journalist, as if

The WikiLeaks co-founder has also made many powerful enemies in the US, managing to step on the toes of all sides of the American political spectrum, meaning that Washington is unlikely to drop the case against him, Christiansen believes.

Conservatives have “demonized” Assange for exposing the Iraq War atrocities committed during the presidency of George W. Bush, while those on the left hate him for exposing emails from the Democratic Party and Hillary Clinton’s campaign in 2016, playing a role in her loss to Donald Trump.

The US Justice Department has indicted Assange on 18 counts, which carry a maximum sentence of 175 years in prison. Court hearings on his extradition begin next week, with dockets scheduled through May.

More than a hundred medical specialists believe that Assange might not survive to see the end of the process, warning that could be literally “tortured to death” in Belmarsh. The doctors have sent several open letters to London and urged Canberra to intervene, so far without a response.

German police raid Hanau shooting suspect’s home, discover him ‘dead with another body nearby’ How serious is the West about banning the "Muslim Brotherhood"?