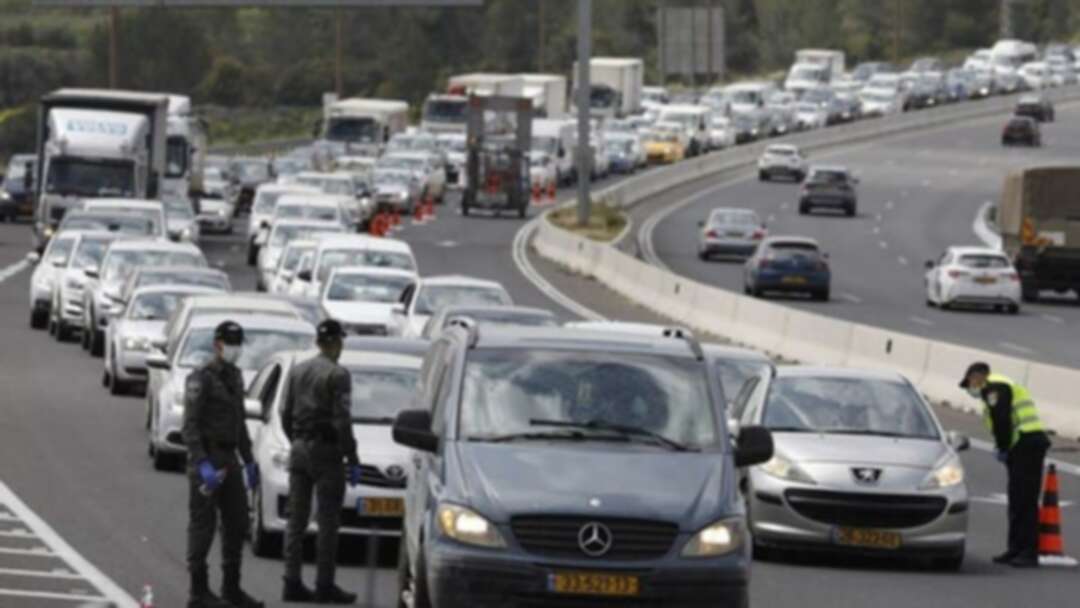 Israeli police on a checkpoint on a highway leading to Jerusalem on April 7, 2020, as they enforce a tighter closure over eight cities and 15 ultra-Orthodox neighborhoods in Jerusalem to stem the coronavirus outbreak. (AFP)

The Shin Bet alleged in a statement the man was in contact with Iranian agents abroad, where he was given money, guidance and encryption tools.

The Shin Bet said the man was expected to provide information on strategic Israeli sites, ways to promote division in Israeli society, carry out attacks against Israeli targets and enlist Arab citizens of Israel to assist Iran.

The man, whose identity was barred from publication by an Israeli court, was arrested last month and indicted Tuesday for “serious security-related offenses.”

The Shin Bet said the arrest highlights Iranian efforts “to carry out spy and terror activity within Israel, this also at a time when the world is facing the coronavirus epidemic which has badly spread in Iran.”

Israel and Iran are bitter enemies who have long fought a shadow war that over the last year has increasingly spilled out into the open. And although both countries are occupied with fighting COVID-19, the illness caused by the new coronavirus, hostilities between them remain. levant