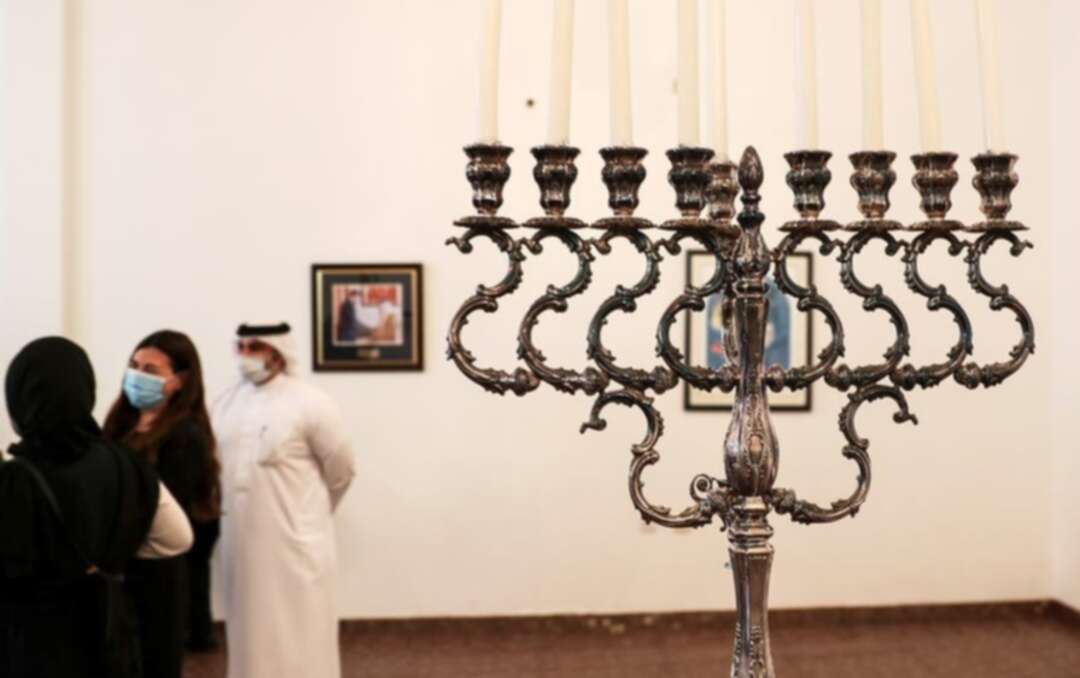 A candle holder used during the Jewish festival of Hannukah, is seen during the visit of an Israeli delegation to the Jewish Community Synagogue of Bahrain, in Manama, Bahrain October 18, 2020. (File photo:Reuters)

Local Jewish communities of Saudi Arabia, the United Arab Emirates Bahrain, Kuwait, Oman, and Qatar have come together to form the Association of Gulf Jewish Communities (AGJC), with plans to establish the region’s first Jewish court.

The AGJC is a network of the Jewish communities from the GCC countries who are developing Jewish life in the region, Rabbi Dr Elie Abadie, the association’s spiritual leader, told Al Arabiya English.

“While each community is independent, they share a common goal and vision: for Jewish life in the GCC to flourish for the benefit of both residents and visitors,” said Dr Abadie, based in Dubai.

The Association’s board consists of members from all six Gulf countries, who together will plan the path forward for the GCC Jewish community. The number of Jewish residents and tourists in the region is expected to grow following the signing of the historic Abraham Accords.

“We recognized that there is a big Jewish community in UAE and a moderate-sized one in Bahrain, and smaller individual communities in the other GCC countries and we wanted an association to give these communities a sense of unity,” said Rabbi Abadie.

The UAE and Bahrain officially normalized relations with Israel at a signing ceremony at the US White House last September. 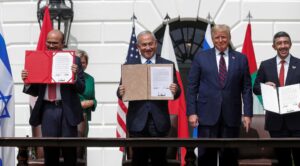 The agreements “will serve as the foundation for a comprehensive peace across the entire region,” former US President Donald Trump said at the time.

“The Jewish communities of the GCC is only going to grow given the historic openness that is taking place,” Rabbi Abadie said.

“The Gulf nations have been very supportive of the growth in Jewish life but as more people move in and come to visit, we must tend to their educational, cultural, spiritual, and religious needs by establishing programs and institutions to service these increased needs,” he added.

Rabbi Abadie said the group aims to not just serve the Jewish communities of residents in GCC countries, but also the increased number of tourists from Israel following the Accord.

“We want to serve the future Jewish tourists to help show a sense of unity and provide a range of services – be that religious advice, spiritual leadership, making sure Kosher products are available, and so on.”

The AGJC network will be led by President Ebrahim Dawood Nonoo, based in Bahrain, with the aim of the six GCC nations partnering on different communal programs and services so that their resources will enhance each other.

The Beth Din of Arabia (Jewish Court) is in the process of being established to assist with issues of personal status, inheritance, and voluntary business dispute resolutions in the region.

“The Jewish religious court is what oversees marriages, divorces, adoptions, if necessary, family disputes, or even business disputes. It is about providing a jurisdiction for those of Jewish faith,” said Rabbi Abadie.

Also in undergoing establishment is the Arabian Kosher Certification Agency, an organization which will oversee kashrut (kosher certification) regionally using the same set of standards throughout all six Gulf countries, thereby making it easier for Jewish individuals to live in or travel around the Gulf.

Rabbi Abadie said there are up to 1,000 Jewish people living in the UAE, predominately based in Dubai. A few hundred live in Saudi Arabia, while another 100 are in Bahrain. A “handful” more live in Oman, Qatar and Kuwait. 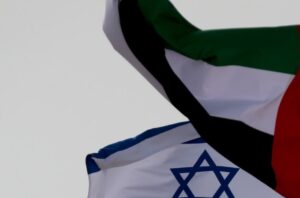 The flags of UAE and Israel (File photo: Reuters)

Given this time of peace and interfaith and tolerance, we expect an avalanche more members of the Jewish community coming to live and visit the GCC,” said Rabbi Abadie.

“The embrace and welcome among the nations has been exhilarating for us – a dream come true … I anticipate the Jewish community will grow significantly here in the era of tolerance.”

Nonoo said every GCC community of Jewish people have much to offer each other.

“While maintaining our independence, this new association allows us to pool our resources to the betterment of all Jewish people in the Gulf,” Nonoo said.

“While our Jewish community has been part of the fabric of Bahrain society for over a hundred years, we appreciate the needs of some of the smaller or newer communities in the region and believe we can help them flourish and navigate growth in this part of the world.”