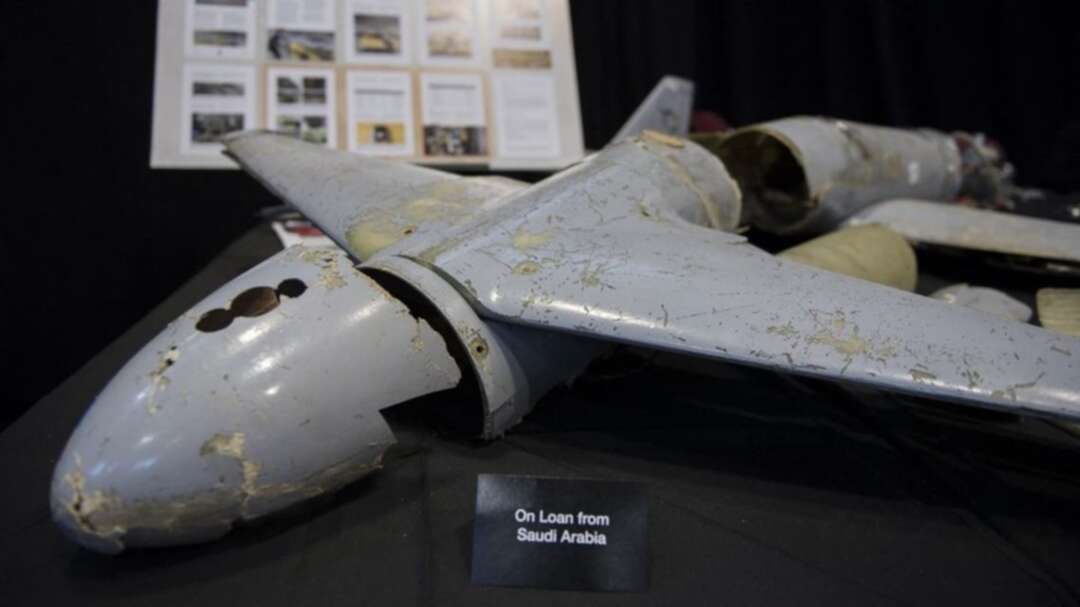 A kamikaze drone is seen on display to prove Iran provided the Houthi rebels in Yemen with arms during a press conference at Joint Base Anacostia in Washington, DC, on December 14, 2017. (AFP)

The Coalition Spokesperson Colonel Turki al-Maliki said the drone was the latest in a series of attempts by the Houthi militias to "target civilians and civilian targets in the Kingdom."

The Coalition has reported in recent weeks increased aerial attacks launched by Houthis in Yemen towards civilian areas in the Kingdom using remote-operated, explosive-laden drones.

The latest announcement by the Coalition marks the sixth such attack in five days, all of which the Houthis say struck an air field or base in southern Saudi Arabia.

Earlier on Sunday, the Coalition said it destroyed two explosives fired into Saudi Arabia in an attack the Houthis said hit Abha airport in the Kingdom's South.

Last Wednesday, Riyadh said an attack caused a fire in a civilian aircraft at Abha airport.

Saudi Arabia's permanent representative to the United Nations Abdullah Al-Muallami said on Sunday the Kingdom will continue to treat the Houthis as a terrorist organization regardless of whether the United States decided to designate the group as such.

US Secretary of State Anotny Blinken announced on Friday lifting the terrorist group designation, effective February 16, “in recognition of the dire humanitarian situation in Yemen.”

Biden also announced last week ending US support for the offensive operations of the Arab Coalition which intervened in Yemen 2015.