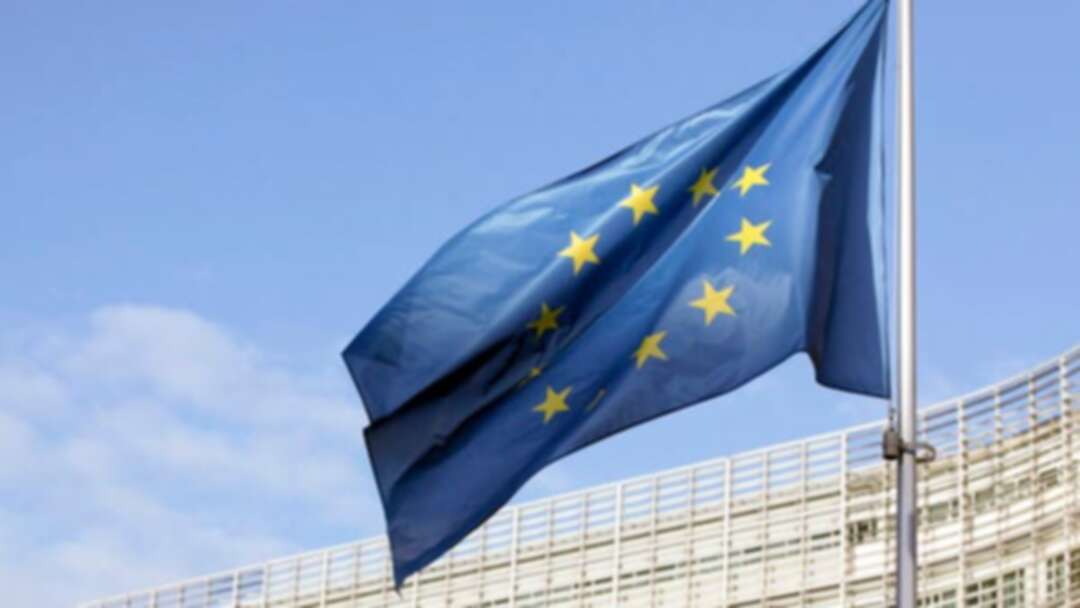 A flag of the European Union can be seen fluttering outside the European commission headquarters in Brussels. (AFP)

The European Union hailed Joe Biden’s inauguration later on Wednesday as US president as a “new dawn” for Europe and the United States, while insisting US technology companies should be regulated to stop the “dark forces” of hate speech online.

The EU and the United States are the world’s top trading powers, along with China, and have close cultural, historical, business and defense ties, but Donald Trump sought to sideline the EU, championing Britain’s departure from the bloc.

Expressing relief at the end of four years of Trump’s “America First” policy, the EU’s chief executive and chairman told the European Parliament that shaping new global digital regulation together was paramount.

“This new dawn in America is the moment we’ve been waiting for,” European Commission President Ursula von der Leyen said.But she also cautioned: “This sense of relief ... should not lead us to making any illusions. Trump may be consigned to history in a few hours, but his followers remain.”

Von der Leyen said that while it might not be possible “to completely eliminate any of these dark forces” of the kind of incitement that led to the storming of the US Capitol on January 6, hate speech and fake news must not be allowed to circulate freely on the internet.

“This political power, unbridled power held by the big internet giants must be reined in,” Von der Leyen said.

EU lawmakers are debating new digital policy that would have implications for Google, Facebook and Apple , but without major technology companies of its own, the European Union’s digital privacy and antitrust regulation can only go so far.

Von der Leyen proposed in her speech setting up a EU-US Common Technology Council as a first step to draw up a template for global digital regulation that others around the world could follow.

From regulating artificial intelligence to complex algorithms based on vast amounts of data, the EU wants restrictions that would not at the same time limit the benefits of technology, such as self-driving cars or sharing data to fight diseases.

“Together, we must stand as the bedrock of the rules-based international order, working for peace, security, prosperity, freedom, human rights and gender equity,” Michel said. “Let’s build a new founding pact for a stronger Europe, for a stronger America and for a better world,” he told EU lawmakers.