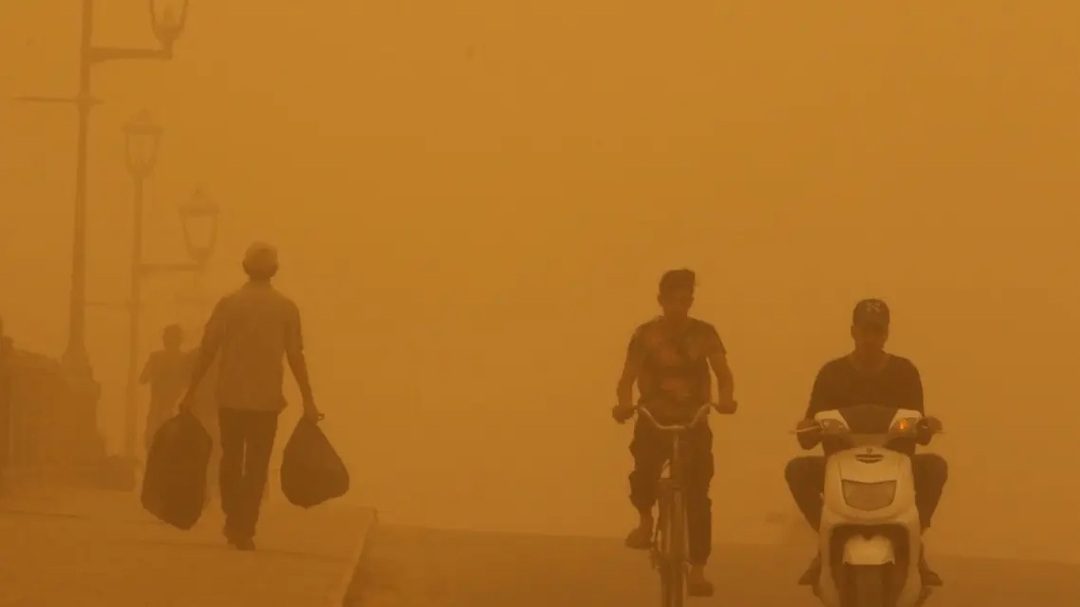 The Iraqi Ministry of Health announced Monday (July 4) the registration of 500 cases of suffocation due to the dust wave that hit the country on Sunday (July 3).

According the Iraqi News Agency (INA), a spokesman for the Iraqi Ministry of Health, Saif Al-Badr, said, "The number of suffocation cases in all provinces due to the dust wave has reached more than 500 cases of varying severity."

Al-Badr added, "All the cases came out in good condition after receiving the necessary treatment," noting that no deaths were recorded.

For its part, the Iraqi Meteorological Authority announced today, Monday, the weather in Iraq for the coming days, as it expected an escalation of dust starting tomorrow.

Baghdad International Airport said in a statement, "The decision was made due to the weather conditions and the visibility of 450 meters," while the Iraqi capital, Baghdad, is exposed to a major dust storm, with thick dust covering the city's sky.

The phenomenon of dust storms is repeated in Iraq, which is considered one of the 5 countries in the world most affected by climate change.

Since last April, Iraq has witnessed more than 12 dust storms.