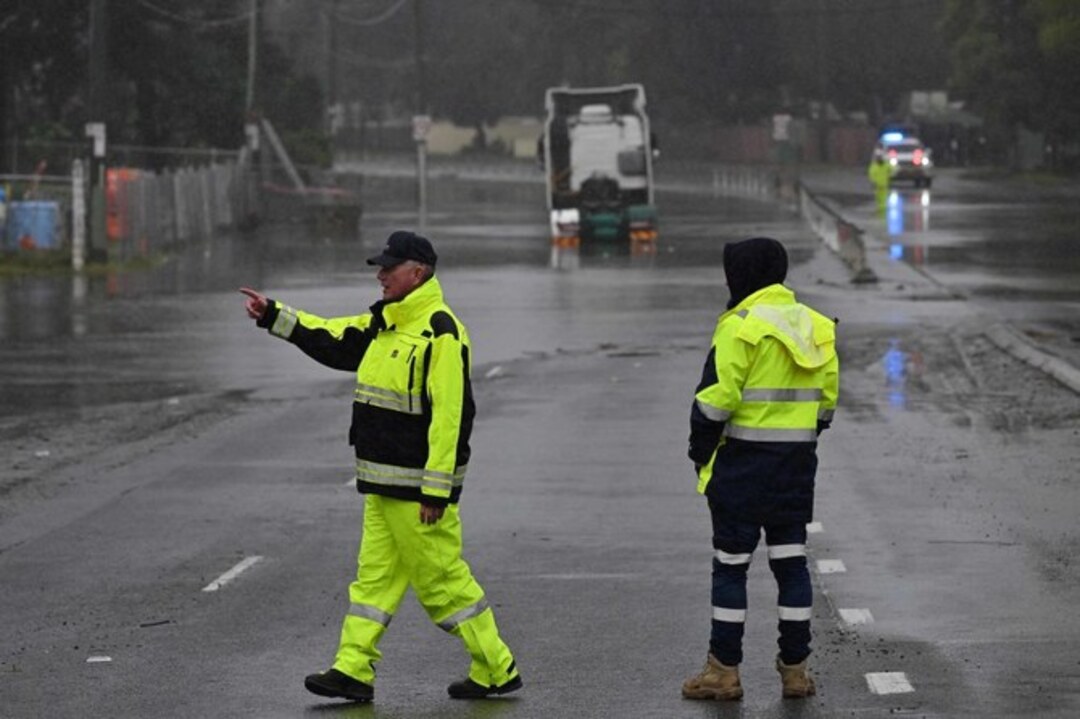 About 100 millimeters of rain could fall in the next 24 hours over a swath of more than 300km along the New South Wales coast from Newcastle to the south of Sydney. (AFP)

An intense low-pressure system off Australia’s east coast is forecast to bring heavy rain through Monday (July 4) across New South Wales after several places in the state were hit with about a month’s worth over the weekend.

Since Sunday, about 30,000 residents in New South Wales state have been told to either evacuate or warned they might receive evacuation orders.

Frustration swelled in several suburbs in the west of Australia’s largest city after floods submerged homes, farms and bridges there, some for the third time this year.

Camden Mayor Theresa Fedeli said: “It’s just devastating. We are in disbelief. Most of them have just come out of the last flood, getting their homes back in place, their businesses back in place and unfortunately we are saying it is happening again.”

Local media reported, an operation was underway to rescue 21 crew members from a cargo ship, which lost power south of Sydney and risked being swept ashore.

New South Wales Premier Dominic Perrottet said during a televised media briefing: “It has been a very difficult time for many months to have this flood event off the back of others. It makes it more challenging.”

Paul O’Neill, a resident from flood-hit Wisemans Ferry, said he was taking food supplies by boat to his stranded family after rising waters cut off access.

O’Neill said: “The road collapsed and hasn’t been fixed since the last floods, hasn’t been touched. So now they close our road access and then the ferry, the only way to get home now is by boat.”

Some inland towns, including Picton, about 90km southwest of Sydney, have lined the main streets with sandbags.

The Bureau of Meteorology said that about 100 millimeters of rain could fall in the next 24 hours over a swath of more than 300km along the New South Wales coast from Newcastle to the south of Sydney.

Bureau meteorologist Jonathan How said: “We are expecting the rain to pick up again from this afternoon.”

More than 200mm of rain have fallen over many areas, with some hit by as much as 350mm since Saturday (July 2).

30 families in Bosnia left homeless due to floods

Climate change is widely believed to be a contributing factor to the frequent severe weather events, the Climate Council said, adding Australia is “under-prepared.”

Federal emergency management minister Murray Watt said climate change must be taken “seriously” due to the frequent occurrence of floods.

Watt told ABC television: “The reality is we are living in a changing climate.”

Covid-19: 1.7 million locked down in China's Anhui province Climate change: More than 500 cases of suffocation in Iraq due to dust storm