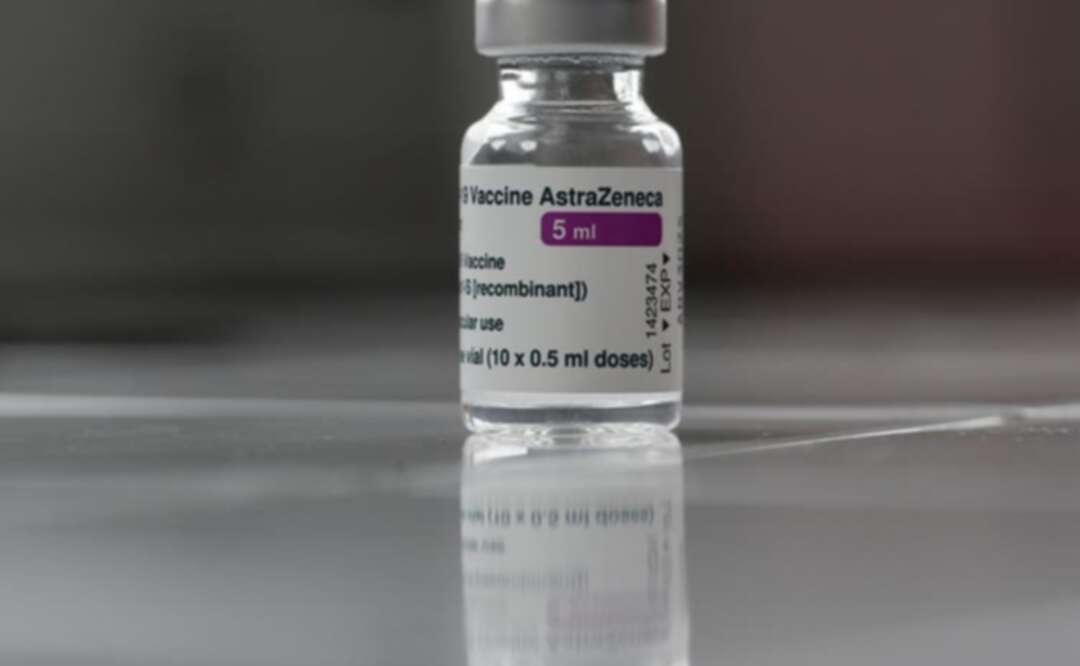 A vial of the Oxford-AstraZeneca COVID-19 vaccine is pictured at the Foch hospital in Suresnes, near Paris, France, February 8, 2021. (File photo: Reuters)

The Canadian province of Alberta reported its first death of a patient from a rare blood clot condition after receiving the AstraZeneca COVID-19 vaccine, its chief medical officer said.

Canada has reported at least five cases of blood clots following immunization with the vaccine, but public health officials maintain the benefits of the AstraZeneca shot outweigh the potential risks.

The Alberta case, of a woman in her 50s, marks the second case of blood clots, and the only death after more than 253,000 doses of AstraZeneca were administered in the province, Alberta’s chief medical officer of health Dr. Deena Hinshaw said in a statement on Tuesday.

“While any death is tragic, it is important to remember that the risks of dying or suffering other severe outcomes from COVID-19 remain far greater than the risk following AstraZeneca vaccine,” Hinshaw said.

AstraZeneca did not immediately respond to Reuters’ request for a comment.

Last month, the province of Quebec reported Canada’s first death of a patient after receiving the AstraZeneca COVID-19 vaccine.

AstraZeneca, working with the vaccine’s inventor Oxford University, was one of the leaders in the global race to develop a COVID-19 vaccine. Its cheap and easily transportable shot was hailed as a milestone in the fight against the crisis, but has since faced a series of setbacks.

The rare complication, which some regulators including Health Canada are calling Vaccine-Induced Prothrombotic Immune Thrombocytopenia, involves blood clots accompanied by a low count of platelets, cells in the blood that help it to clot.

Dozens of countries paused the use of the AstraZeneca vaccine in March after reports of rare, but serious, blood clots. Several of them have now resumed use either fully or with restrictions after health regulators said the benefits of the shot outweigh any risks.