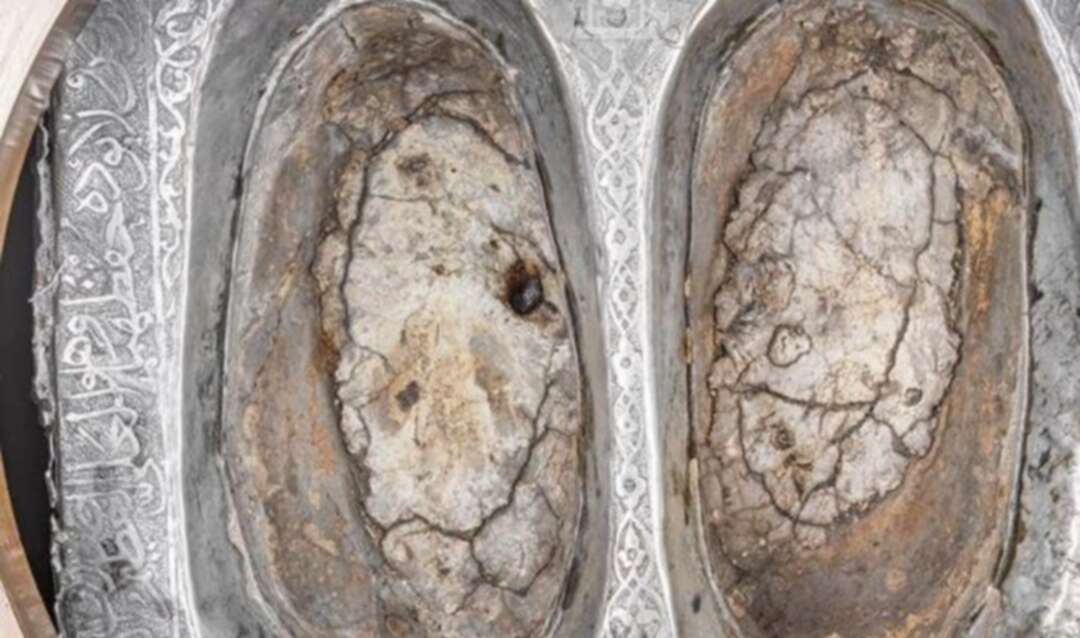 Never-before-seen detailed images of the Maqam Ibrahim, or the Station of Abraham, located in Mecca’s Grand Mosque. (Twitter)

Saudi Arabia released never-before-seen detailed images of the Maqam Ibrahim, or the Station of Abraham, located in Mecca’s Grand Mosque.

The General Presidency for the Affairs of the Two Holy Mosques captured the details of the Station of Abraham with a new technique that uses stacked panoramic focus.

A day earlier, authorities released similar high-definition pictures of the Black Stone– known as the Hajar Aswad in Arabic.

Maqam Ibrahim is the stone that bears the imprint of where the Prophet Ibrahim stood while building the Kaaba when the walls became too high.

The stone is enshrined with a gold, silver, and glass frame to preserve the prophet’s footprints.

Muslims believe that the stone in which the footprints are imprinted descended directly from heaven along with the famous Black Stone.