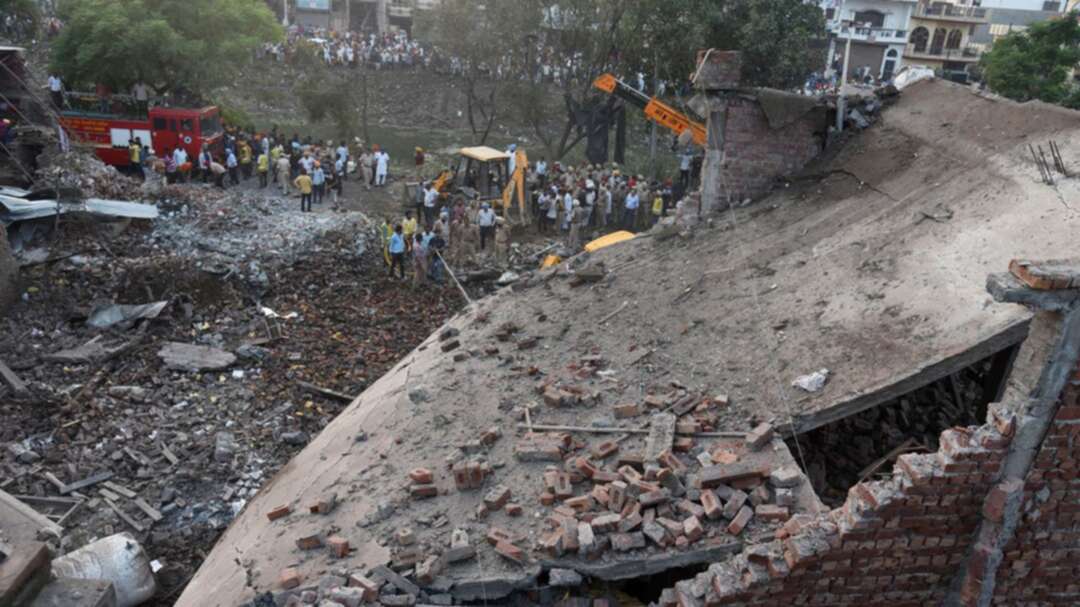 Rescuers work at the site of a previous explosion at a fireworks factory in Batala, in the northern Indian state of Punjab, Wednesday, Sept. 4, 2019. (File photo: AP)

At least 19 people were killed and dozens hurt in a blast at a firecracker factory in India, authorities said Saturday.

The blast on Friday afternoon in Virudhunagar district was one of the worst such incidents in years in the southern state of Tamil Nadu.

Local official R Kannan told AFP that the death toll was likely to go up in the next few hours.

“So far 34 people have been injured and are undergoing treatment. Some of them are severely burnt,” he said.

Kannan said there were around 74 people in the factory at the time of the incident.

According to media reports, the factory was being run illegally. News portal The Newsminute said the owner was missing and that the police were still investigating the cause of the accident.

Prime Minister Narendra Modi announced compensation of 200,000 rupees ($2,700) to the families of the deceased.