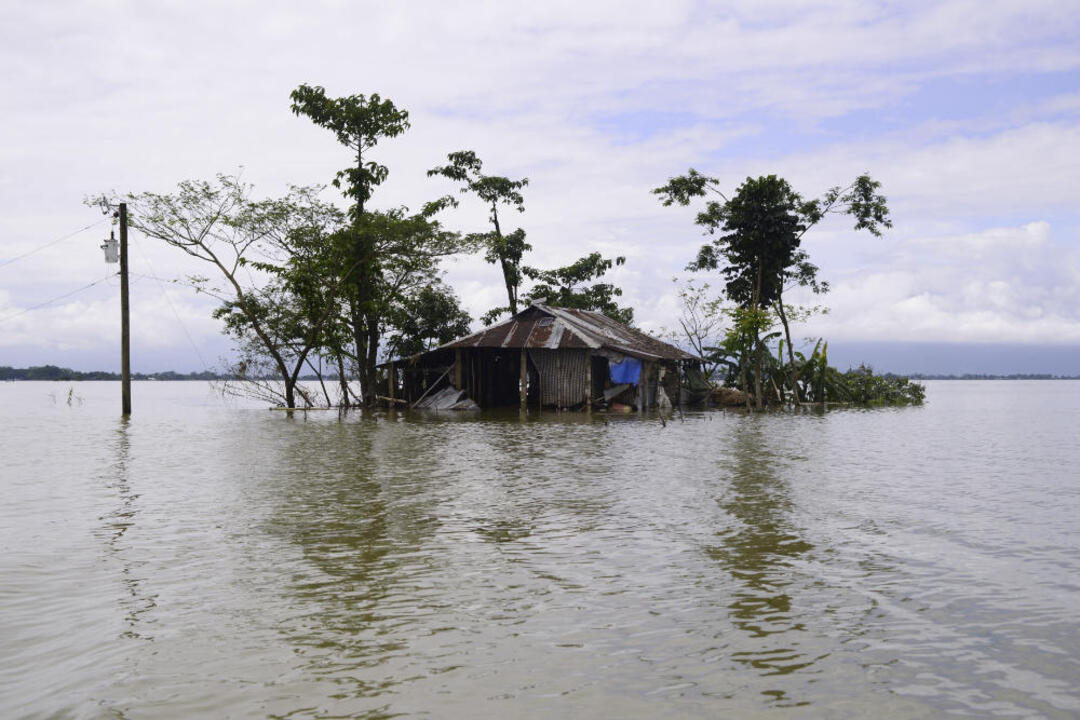 A house is surrounded by flood waters in Sylhet, Bangladesh, Wednesday, June 22, 2022. (AP)

UNICEF’s country representative said on Friday (June 24) that fifteen children have drowned in flash floods that swept through Bangladesh with another 3.5 million urgently needing clean drinking water as the risk of waterborne diseases grows.

Sheldon Yett said: “That’s a staggering number of children and an increase over the last couple of days. Huge areas are fully underwater and are disconnected from safe drinking water and food supplies. Children need help right now.”

Citing Reuters, the Arabnews reported, that government and aid agencies have rushed to provide relief including water and other supplies after flash flooding across a quarter of the South Asian nation.

Yett told a briefing in Geneva that the floods have also disrupted health facilities, shut schools and disrupted malnutrition treatment for hundreds of children.

He added that cases of diarrhea have risen to 2,700 as of the middle of this week.

Authorities in Bangladesh and neighboring India have warned of a risk of a disease epidemic. In total, more than 4.5 million people have been stranded and dozens killed in Bangladesh, many in the worst flooding in the Sylhet region in the northeast for more than 100 years.

In the eastern Indian state of Assam, Indian air force helicopters have been deployed to drop food and other supplies to cut-off communities.