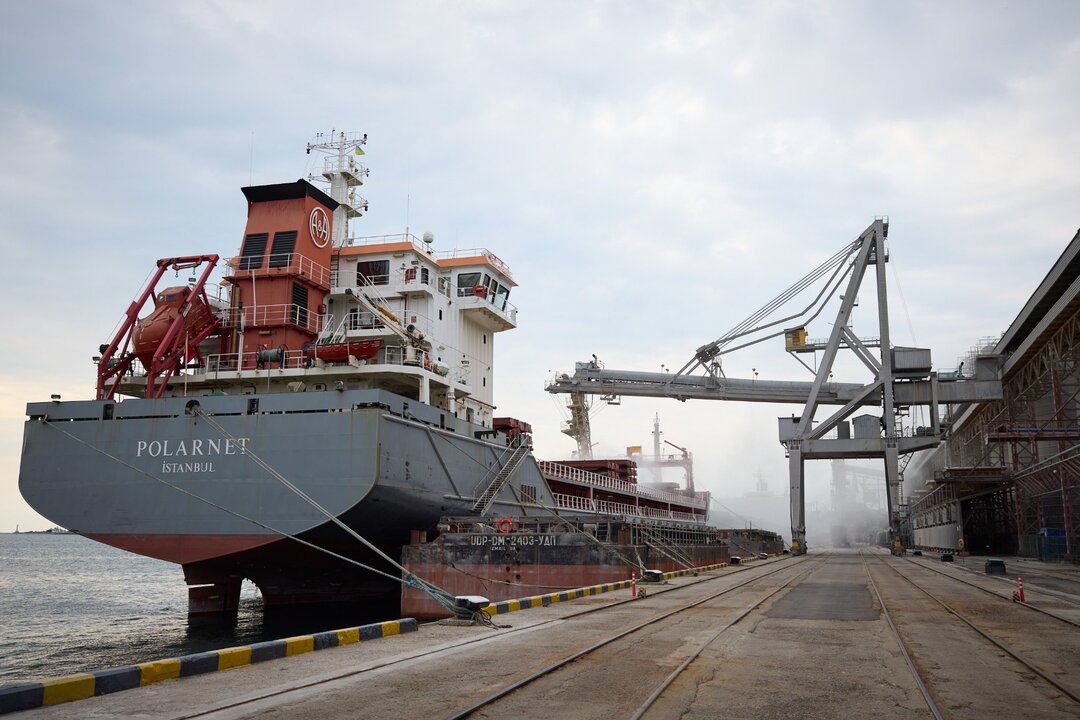 The export of grain will begin with several ships that were already loaded when Russia invaded in February - Photo: Ukrainian presidency

A United Nations official coordinating the grain export deal said on Wednesday (August 10) that under the Black Sea Initiative, 12 vessels have been authorized to depart the Ukrainian ports.

These ships contain "over 370,000 metric tons of grain and other food stocks," Frederick Kenney, interim coordinator for the UN at the Joint Coordination Center for the Black Sea Initiative, told a regular press briefing held at the UN headquarters in New York via video link from Istanbul, Turkey.

The Ukraine grain export deal is off with a very good start, said Kenney, noting that a big "uptick" in applications for transit is expected.

He said: "We still have much work ahead of us to ensure that the implementation of the initiative translates into real results to address food insecurity around the globe and to stabilize global food markets."

The United Nations and Turkey brokered the agreement last month after warnings the halt in Ukrainian grain shipments caused by Russia’s invasion of Ukraine could lead to severe food shortages and even outbreaks of famine in parts of the world.

On Monday (August 8), Embassy of Ukraine in Lebanon said that the Razoni, the first ship to depart Ukraine under an UN-brokered deal, is looking for another port to unload its grain cargo as the initial Lebanese buyer refused delivery citing a more than five-month delay.

Research: Over 200 major glaciers disappear in Italy due to changing climate Taiwan rejects China's 'one country, two systems' plan for the island