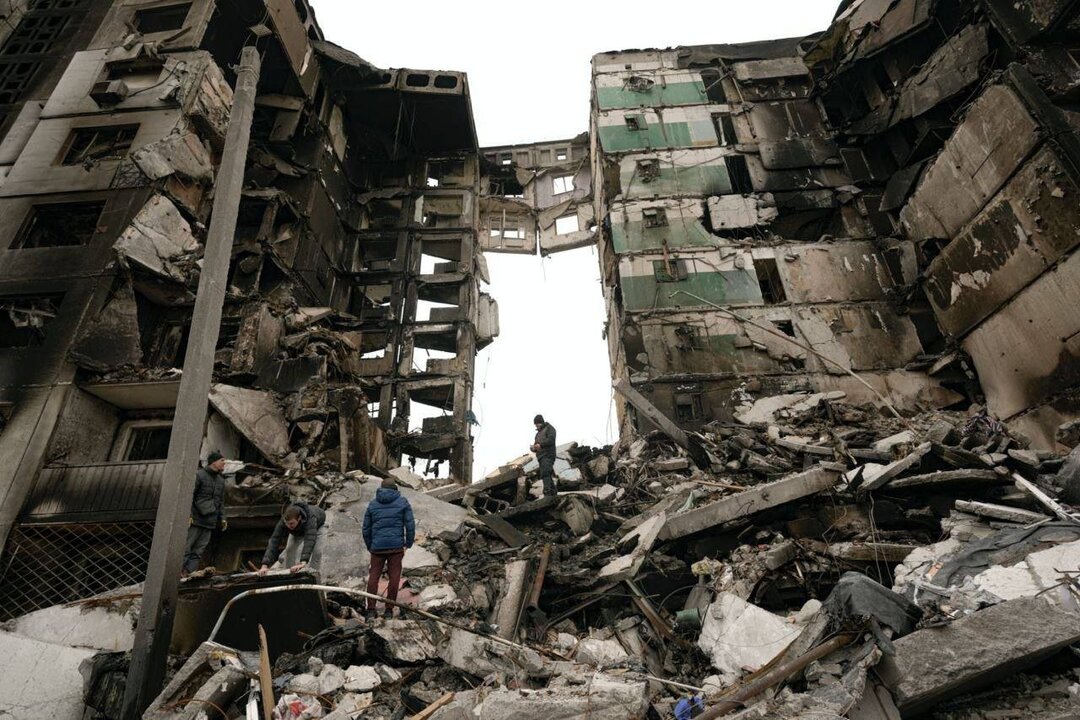 Russians dropped bombs on 9-storey buildings in Borodianka and those people who were in the basements were buried alive (File photo: Euromaidan Press via Hromadske)

The Anews reported, citing Reuters, Russia's defence ministry said Monday (May 16) that an agreement has been reached to evacuate injured soldiers from the Azovstal steel plant in Ukraine's port city of Mariupol.

The ministry said: "An agreement was reached with representatives of the Ukrainian military blocked at Azovstal in Mariupol to evacuate the wounded." It added that a "regime of silence" was introduced for the duration of the evacuation.

It mentioned that a "regime of silence" was introduced for the duration of the evacuation and that the Ukrainian soldiers would be taken to a hospital in the nearby town of Novoazovsk. There was no immediate confirmation from Ukrainian officials.

Hundreds of Ukrainian soldiers remained holed up in the underground tunnels of the huge Azovstal steel factory that has been besieged by Russian forces for weeks after Moscow claimed control of Mariupol.

Ukraine's Azov battalion, which has led the defence of Mariupol, has posted desperate videos from the plant, saying soldiers are dying from their wounds there.