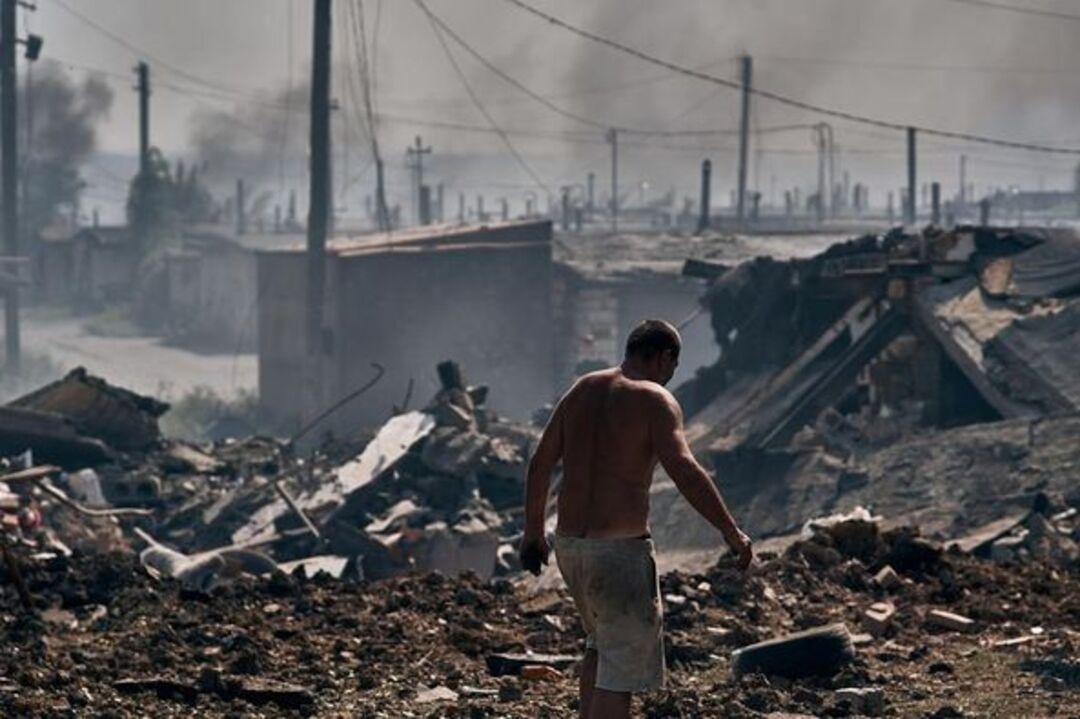 A photo shows how the Russian invaders destroyed the city of Bakhmut in Ukraine - Photo. The husband and wife photographer team of Konstiantyn and Vlada Liberov via Euromaidan Press

The figure was equivalent to five times Ukraine’s annual GDP before the invasion in February, Ustenko said at an event hosted by the German Council on Foreign Relations in Berlin.

The official previously estimated the damage caused by invading Russian forces in the first two weeks of the war totaled around $100 billion.

The destruction and displacement as a result of the conflict was a “significant problem for public financing,” Ustenko said.

Many businesses that had not been destroyed were “not working at full capacity or they are working just several hours a day,” he said.

“It means that the budget is going to receive much less compared with what was expected initially.”Despite drastic cuts to government spending, the Ukrainian government was running a deficit of five billion euros ($4.9 billion) per month since the invasion, Ustenko said.

Allies have rushed to pump Ukraine with aid to fill the gap, with the World Bank, European Union and G7 countries pledging billions in cash.

The Ukrainian government expected the economy to shrink by 35 to 40 percent this year, Ustenko said.

The drop was the “deepest decline in our GDP that we have experienced since 1991” and the founding of the modern Ukrainian state, he added.