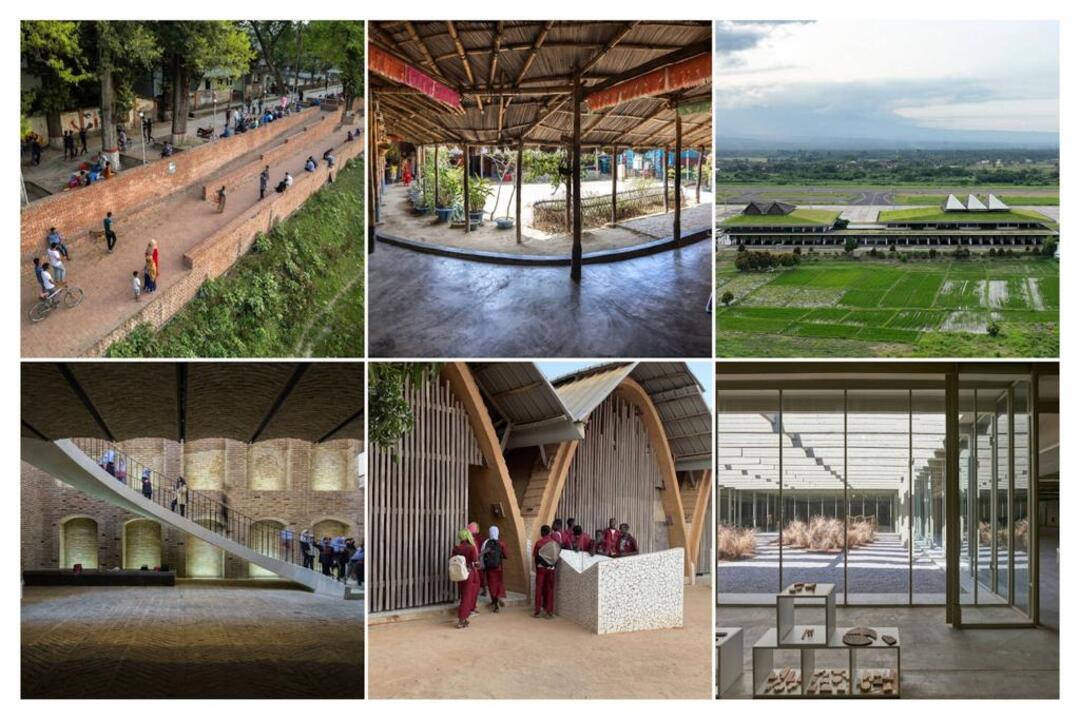 Aga Khan: The six award-winning projects, which share a $1 million prize, one of architecture's largest, show promise for communities, innovation and care for the environment.

The Aga Khan Development Network has announced the winners of the 2022 Aga Khan Award for Architecture (AKAA). The six award-winning projects, which share a $1 million prize, one of architecture's largest, show promise for communities, innovation and care for the environment.

The projects were as follows: Two from Bangladesh, one from Indonesia, one from Iran, one from Lebanon and one from Senegal.

Through consistent community participation and appropriation, extensive involvement of women and marginalised groups, and a local workforce, the seemingly simple undertaking of cleaning up the access to the Nabaganga river in Jhenaidah led to a thoughtful and minimal landscaping project with local materials and construction techniques, thus transforming a derelict informal dump site into an attractive and accessible multifunctional space that is valued by Jhenaidah’s diverse communities.

As such, the project managed to reverse the ecological degradation and health hazards of the river and its banks, and induce effective ecological improvement of the river, in one of the most riverine countries on earth.

The six temporary community spaces of the Rohingya Refugee Response programme provide a dignified, sensitive and ingenious response to emergency needs related to the major influx of Rohingya refugees into Bangladeshi host communities, with particular attention to the safety of women and girls.

The concept and design of the six spaces are the result of appropriate planning, solid partnerships and inclusive processes involving the diverse refugee and host communities, such as defining spatial and functional needs.

Arising from a sea of a paddy fields, the building extends the language of the landscape into a concentrated event that coalesces architecture, functionality and setting in a seamless yet discernible disposition.

Modern and efficient in all aspects, but at home in its place, Banyuwangi International Airport may be a game-changer in airport architecture, especially considering that the Indonesian government is set to build some 300 airports in the near future.

In the dense urban neighbourhood that is Tehran’s historical centre, this untypical reuse and conservation project has transformed the Argo Factory – a former brewery whose activities were moved 10 years before the Iranian Revolution, for pollution reasons, to a site outside the city – into a private museum for contemporary art.

From the ruins of the original building, the existing brewery was renovated and new surfaces built with a subtle approach and design. A variety of spaces for exhibitions, talks and films were developed over four levels, and a new artist residence was built adjacent to the museum.

The renovation of the Niemeyer Guest House is an inspiring tale of architecture’s capacity for repair, at a time of dizzying, entangled crisis around the world, and in Lebanon in particular, as the country faces unprecedented political, socio-economic and environmental collapse.

Located on the outskirts of Tripoli – one of the oldest and most beautiful port cities, once renowned for its craft but today ravaged by extreme poverty, migration and lack of public space – the rehabilitation of the Guest House is part of the Rachid Karami International Fair (RKIF), the unfinished masterpiece of the architect Oscar Niemeyer.

A campus replete with infrastructure, buildings, landscapes and furnishings, the Kamanar Secondary School is unique in that it addresses the multiple scales of urbanism, landscape, architecture and building technologies with equal commitment and virtuosity.

"This Being Human" podcasts launched at Aga Khan Museum

The site’s topography and flora are the key founding conditions of this project, prompting the introduction of a grid of classroom pods organised around pre-existing tree canopies, adopting their shade as social spaces that serve the students and teachers alike.

The Aga Khan Award for Architecture was established in 1977 by His Highness the Aga Khan, 49th hereditary Imam of the Ismaili Muslims, to identify and encourage building concepts that successfully address the needs and aspirations of communities in which Muslims have a significant presence.

The Award’s selection process emphasises architecture that not only provides for people’s physical, social and economic needs, but that also stimulates and responds to their cultural aspirations.

This year marks AKAA’s 45th anniversary. In a meeting in February 2022, an independent Master Jury shortlisted 20 projects from a pool of 463 projects nominated for the 15th Award Cycle (2020-2022). Subsequently, after on-site reviews of the shortlist by a team of experts, the jury awarded six projects amongst them.