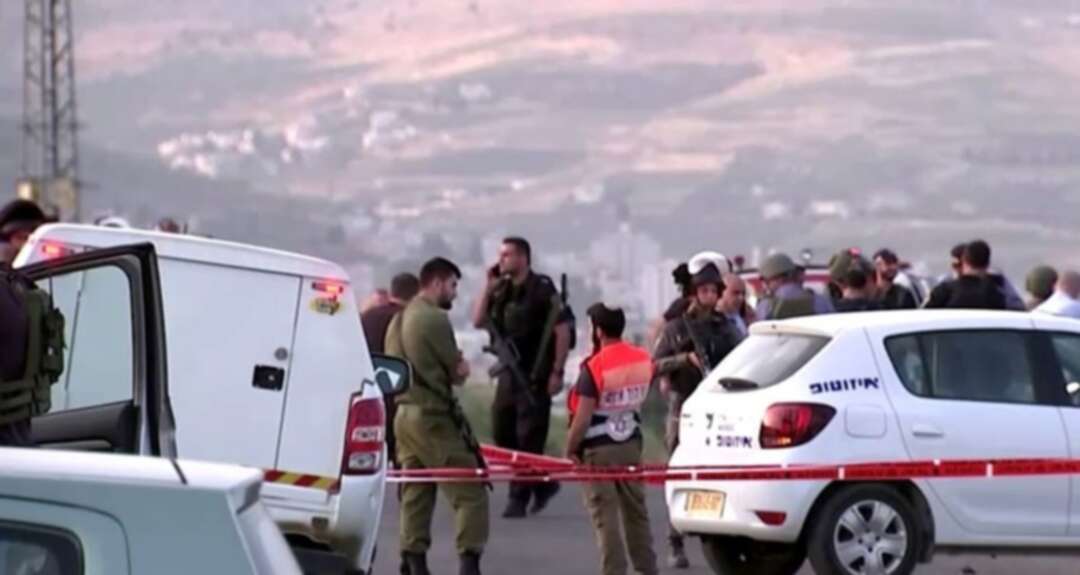 Members of Israeli forces gather at the scene of a shooting incident in the Israeli-occupied West Bank May 2, 2021, in this still image taken from a video. (File photo: Reuters)

Israel’s military and the Shin Bet security service said Thursday that they arrested a Palestinian suspect in a weekend drive-by shooting in the West Bank that left one Israeli dead and two injured.

Troops and Shin Bet operatives raided a building in the village of Silwad in the occupied West Bank, arresting Muntasser Shalaby, 44. Shalaby, a Palestinian from the nearby village of Turmus Ayya, had no know ties to militant groups, officials said. Local media reported that he also held US citizenship.

The arrest came shortly after Defense Minister Benny Gantz announced that Yehuda Guetta, one of those wounded in Sunday’s shooting, had died of his injuries. In the attack, a gunman had opened fire from a car at a group of Israelis standing at a busy West Bank intersection.

The death occurred during a recent uptick in violence coinciding with the Muslim holy month of Ramadan. Late Wednesday, Israeli troops shot and killed a 16-year-old Palestinian during a confrontation in the village of Odla near the West Bank city of Nablus. The military said several Palestinians had thrown firebombs toward soldiers.

In recent days, protesters have scuffled with police over the threatened eviction of dozens of Palestinians in the Sheikh Jarrah neighborhood in east Jerusalem. Several Palestinian families in Sheikh Jarrah have been embroiled in a long-running legal battle with Israeli settler groups trying to acquire property in the neighborhood.

Israel captured east Jerusalem, along with the West Bank and Gaza — territories the Palestinians want for their future state — in the 1967 Mideast war. Israel annexed east Jerusalem in a move not recognized internationally, and views the entire city as its capital.

The Palestinians view east Jerusalem — which includes holy sites for Jews, Christians and Muslims — as their capital, and its fate is one of the most sensitive issues in the Mideast conflict.