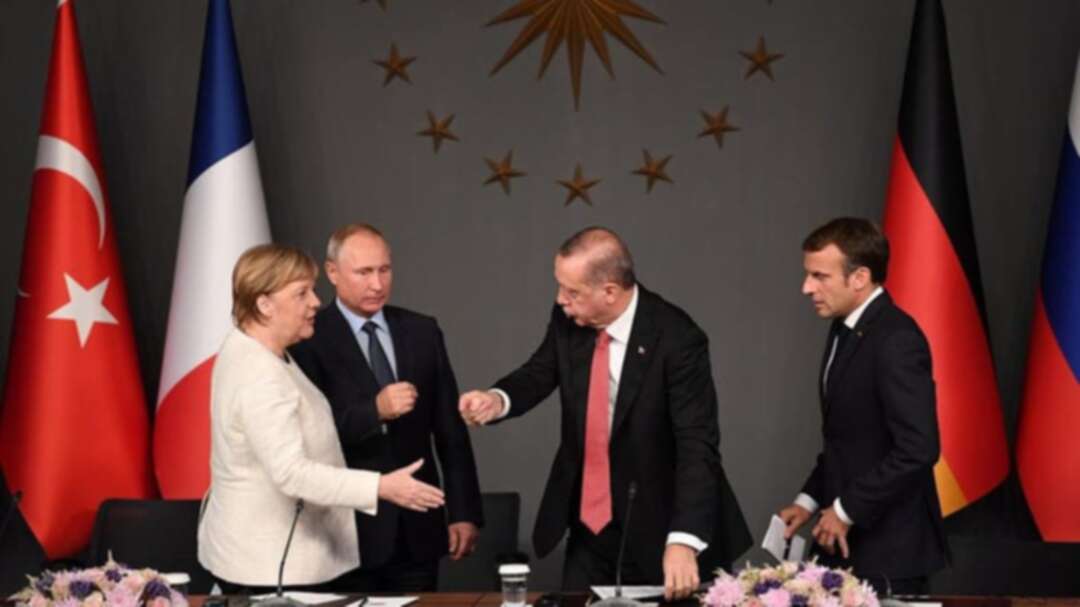 (From L) The leaders of Germany, Russia, Turkey and France during a summit on Syria at Vahdettin Mansion in Istanbul, on October 27, 2018. (File photo AFP)

In their phone call with President Putin, Merkel and Macron expressed their “concern over the humanitarian catastrophe for residents of Syria’s Idlib province,” Merkel’s office said.

A months-long offensive by Russia-backed Syrian troops against militants backed by Turkey in northwest Idlib has seen close to one million civilians fleeing the violence.

The two European Union leaders “expressed their willingness to meet President Putin and Turkish President Erdogan to find a political solution to the crisis,” the chancellor’s office said.

Merkel and Macron “called for the immediate end to the fighting and unfettered humanitarian access to people in need,” their statement said.

Since Syria’s civil war erupted in 2011, the country has never seen so many people displaced in so short a time.

In nine years, millions of civilians have fled their homes and more than 380,000 have been killed.

Russia on Wednesday objected to the UN Security Council adopting a statement that would have called for a ceasefire in Idlib, diplomats said, after a tense closed-door meeting.

The UN urged neighboring Turkey to admit the newly displaced people but Ankara is resisting as it already has some 3.7 million Syrians on its territory.