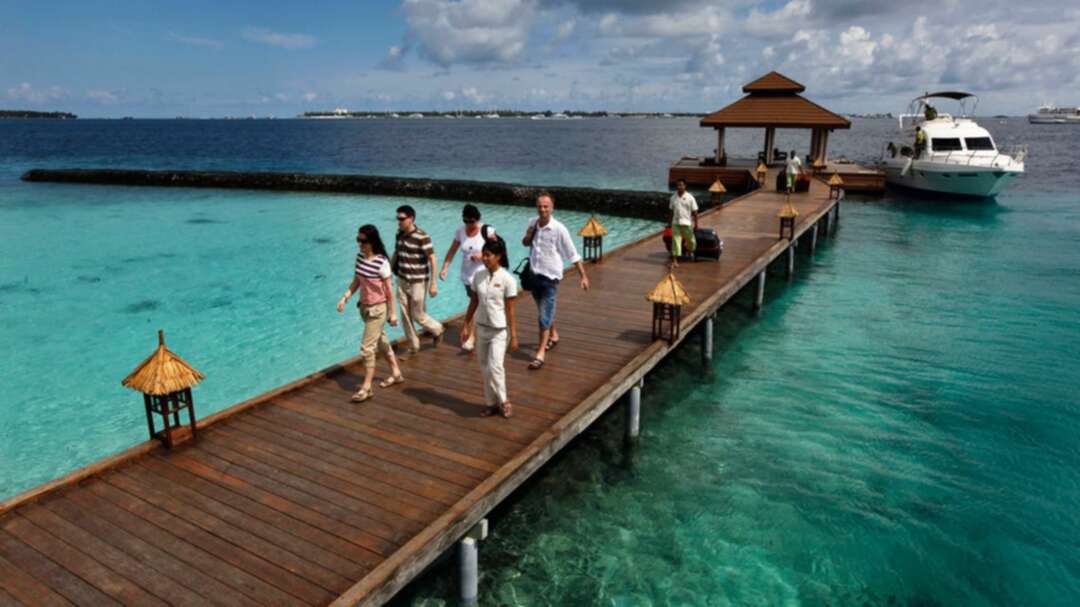 In this Feb. 12, 2012 file photo, foreign tourists arrive in a resort in the Kurumba island in Maldives. (File photo: AP)

Maldives will begin a night-time curfew from Thursday to control a doubling of daily coronavirus infections that was fueled by crowds at a local election and family gatherings during the ongoing Muslim fasting month of Ramadan.

The Health Protection Agency announced the curfew on Wednesday after government data showed daily cases grew to 734 from 318 a week ago. Most of the cases reported on Wednesday were in the crowded capital Male.

Restrictions have been placed on movement between islands, although there are no curbs on tourists headed to private island resorts if they can produce a negative COVID-19 test. The health agency also ordered mandatory physical distancing in mosques.

“The numbers are very high. If we are not able to significantly lower these numbers, we are going to face very difficult days. So we have to get ready,” said Mabrook Azeez, the spokesman for the President’s Office.

There were large gatherings during the council elections held on April 10, and mass groupings have only increased during Ramadan, with communal prayers being held without any physical distancing in the capital Male.

Australian cricketers and staff involved in the Indian Premier League are headed to the Maldives after the tournament’s abrupt suspension over the coronavirus crisis in India. They will quarantine there before heading home.

Vaccination queues in the Maldives have also lengthened during Ramadan due to shortened hours, with thousands lining up without any physical distancing to get their shots.

Azeez said the government is looking for foreign medical workers and local volunteers to staff the main public hospital in Male.