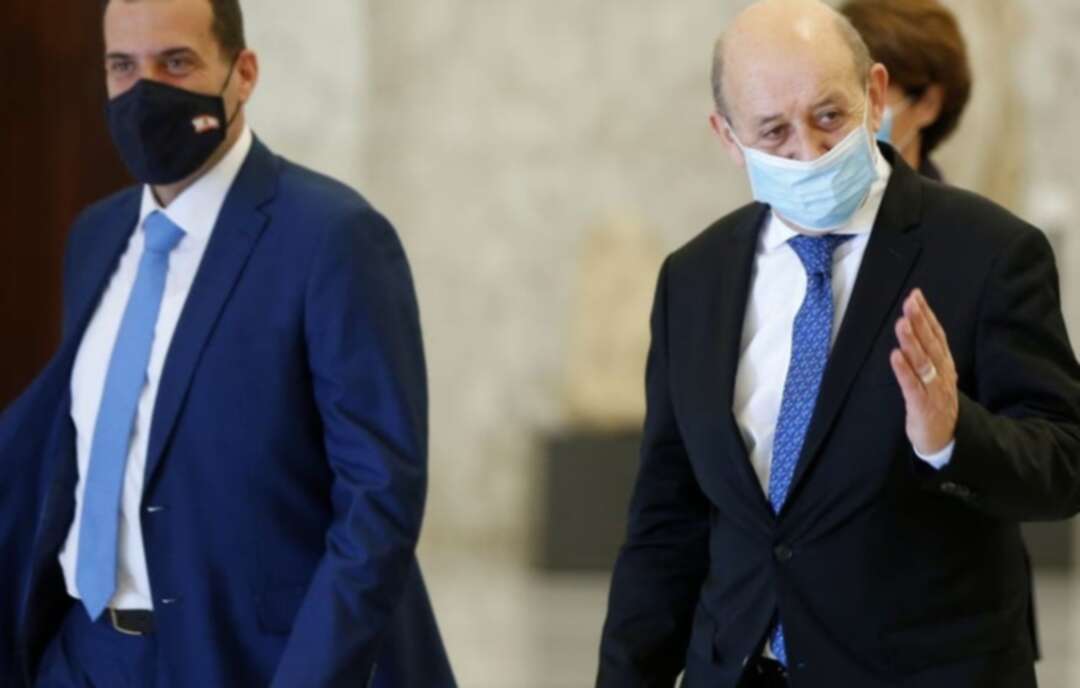 French Foreign Minister Jean-Yves Le Drian met Lebanese leaders on Thursday to try to break the deadlock in months of talks on forming a government to pull Lebanon out of economic crisis.

Paris said last month it was taking measures to restrict entry to France for Lebanese officials accused of blocking efforts to resolve the crisis, which has crashed the currency, paralyzed the banking sector and increased poverty.

Le Drian met President Michel Aoun and influential Parliament Speaker Nabih Berri. Both are allies of the Shi’ite Muslim group Hezbollah, which is backed by Iran and is a close ally of Syria.

Before flying to Beirut, Le Drian warned of punitive measures against those who were hindering progress.

“It is only the beginning,” he tweeted.

There has been no official announcement of what steps France has taken, or against whom, and the potential impact is unclear as some Lebanese politicians hold dual nationality.

France has led efforts to rescue its former colony from economic crisis, but after eight months has failed to persuade squabbling politicians to adopt a reform road map or form a new government to unlock international aid.

Le Drian has also asked to meet Gebran Bassil, the head of Lebanon’s biggest Christian parliamentary bloc and Aoun’s son-in-law, who was hit with US sanctions last year for alleged corruption and his ties to Hezbollah.

Officials had declined to confirm a meeting with Saad al-Hariri, a three-time premier who was designated to form a new government in October but has been locked in a stand-off with Aoun over the line-up.

Turkey: A 100 Years of Suffering from Kurdophobia Maldives imposes night curfew after spike in COVID-19 infections