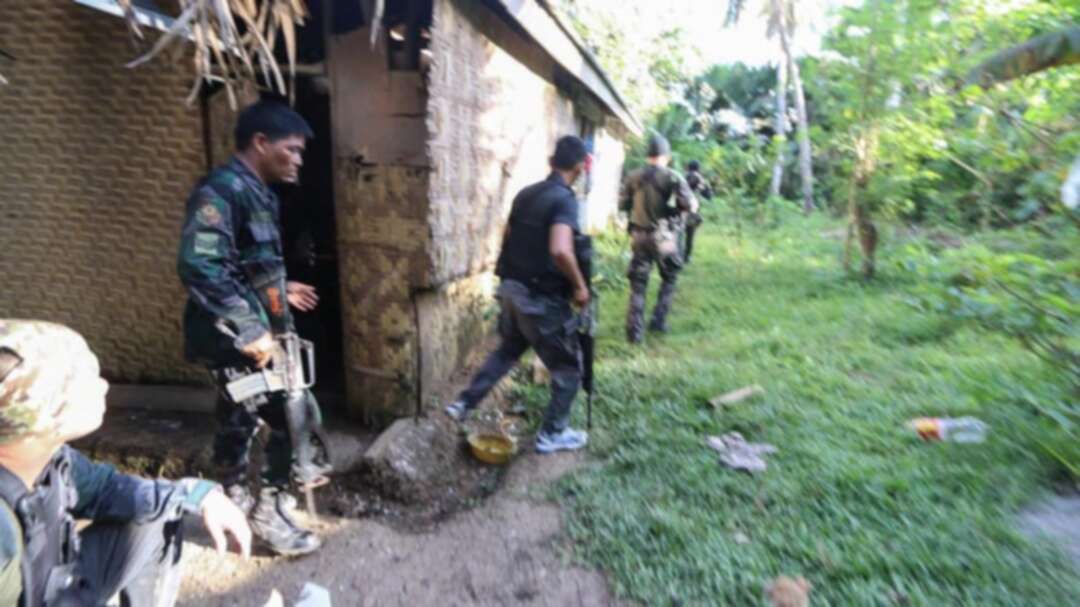 Police and soldiers take position as they engage with the Abu Sayyaf group in the village of Napo, Inabanga town, Bohol province, in the central Philippines. (File photo AFP)

At least four gunmen abducted an elderly British man and his Filipino wife on Friday from their southern Philippine beach resort within sight of several people, police and military officials said.

Police Cpl. Jairus delos Reyes said the suspects, who were armed with pistols, took Allan Hyrons and his wife, Wilma, from a hut in their resort at nightfall and dragged them to a motorboat in Tukuran town in Zamboanga del Sur province. Several young men in a nearby bar witnessed the abduction.

Police are searching for the unidentified gunmen and the couple, who own two schools in addition to the resort in the coastal town, he said.

No group has claimed responsibility for the latest abduction in the south, where kidnappings for ransom by Muslim militants and other armed groups have long been a security concern and have discouraged tourism, trade and investment, especially in remote and poorly guarded rural areas.

Military offensives against ransom-seeking militant groups such as the Abu Sayyaf have reduced abductions in recent years, but they continue to occur.

Philippine authorities say they are also trying to verify the reported abductions of three Indonesian fishermen last week off Malaysia’s Sabah state on northern Borneo island near the sea border with the southern Philippines, where Abu Sayyaf gunmen have staged kidnappings in the past, sparking a regional security alarm.