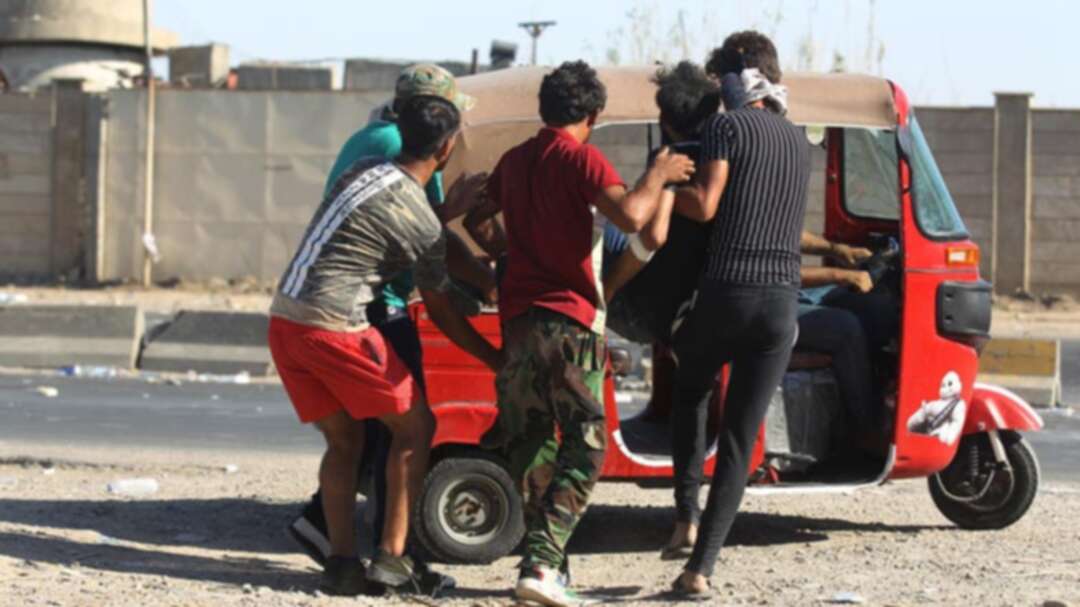 The four killed were identified as two members of the security forces and two civilians. (Photo AFP)

A statement said the four were two members of the security forces and two civilians, bringing the death toll since protests began on Tuesday to 44, including six security forces.

The violence showed both sides to be unwilling to back down from the unrest that marks the most serious challenge for Iraq since the defeat of ISIS two years ago.

In a televised address to the country early Friday, Prime Minister Adel Abdul-Mahdi said the protesters’ “legitimate demands” had been heard, adding that the security measures used against the demonstrations were like “bitter medicine” that needs to be swallowed. Authorities have shut off the internet and imposed an around-the-clock curfew in the capital in a desperate attempt to curb the rallies.

The protesters, many of whom had camped on the streets overnight, gathered before noon near Tahrir Square in defiance of Abdul-Mahdi’s call and the curfew announced a day earlier. Around sunset, following Friday prayers, the number of protesters grew to more than 1,000 as security forces opened fire in side streets to prevent more people from reaching the square.

Since the spontaneous rallies began Tuesday, security forces have fired live rounds and tear gas every day to disperse them in multiple provinces. The mostly young demonstrators are demanding jobs, improved services like electricity and water, and an end to corruption in the oil-rich country.

Iraq’s most senior Shiite spiritual leader Grand Ayatollah Ali al-Sistani urged both sides to end the violence, and he blamed politicians, particularly lawmakers, for failing to enact promised reforms on the economy and corruption. The comments were his first since the protests began, and many across Iraq’s predominantly Shiite south had looked to the influential cleric for guidance.

The mostly leaderless protests have been concentrated in Baghdad and the south, bringing out jobless youths and university graduates who are suffering under an economy reeling from graft and mismanagement.