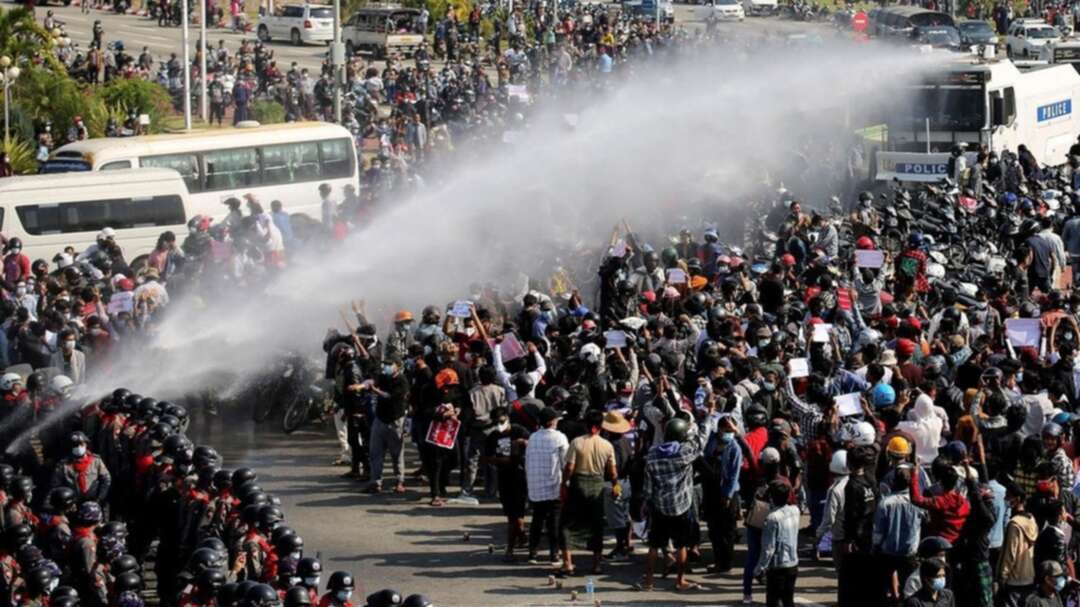 Police fire a water cannon at protesters demonstrating against the coup and demanding the release of elected leader Aung San Suu Kyi, in Naypyitaw, Myanmar, on February 8, 2021. (Reuters)

The use of violence against people protesting against a coup in Myanmar is unacceptable and perpetrators must be held to account, the foreign ministers of the Group of 7 rich countries said on Tuesday.

“Anyone responding to peaceful protests with violence must be held to account,” the foreign ministers said in a joint statement.

“We condemn the intimidation and oppression of those opposing the coup... We remain united in condemning the coup in Myanmar. We call again for the immediate and unconditional release of those detained arbitrarily, including State counselor Aung San Suu Kyi and President Win Myint.”

US will not bow down to Iran’s conditions for dialogue, EU waiting on response Delayed Ebola vaccination drive to begin in Guinea