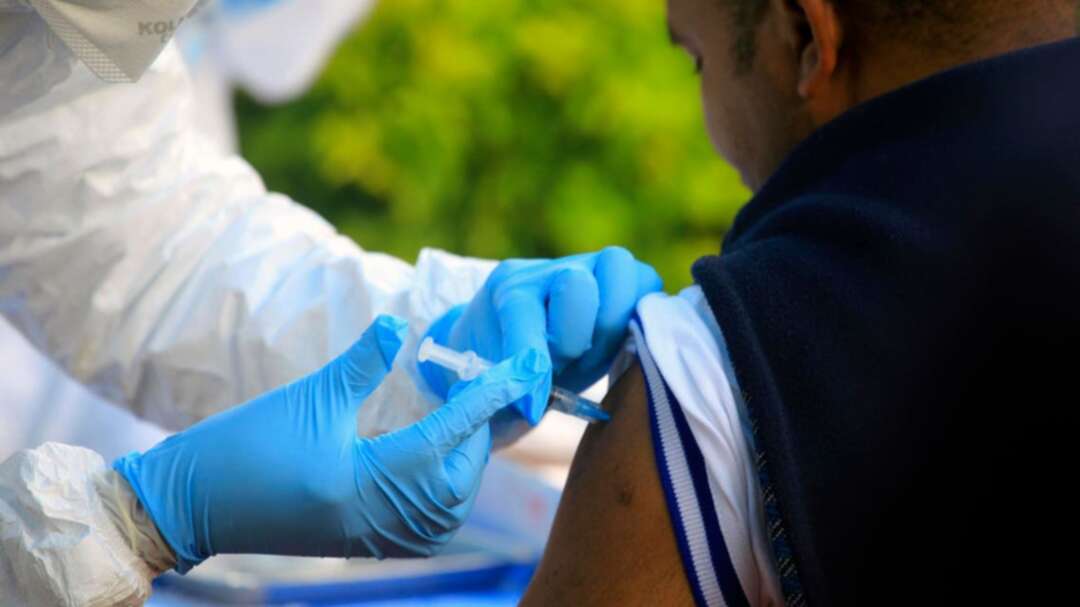 In this Aug. 8, 2018, file photo, a healthcare worker from the World Health Organization gives an Ebola vaccination to a front line aid worker . (File photo: AP)

Guinea will launch an Ebola vaccination drive Tuesday after a flight delayed by a Saharan dust storm arrived carrying thousands of jabs, as the West African country fights to stamp out a resurgence of the deadly virus.

The outbreak, declared last weekend, is the first in the region since a 2013-16 epidemic left more than 11,300 people dead, mainly in Guinea, Liberia and Sierra Leone.

The start of the inoculation campaign had to be delayed by one day after a plane carrying more than 11,000 vaccine doses was unable to land in Guinea’s capital Conakry due to a dust storm.

Health authorities said some of the doses would head straight to Nzerekore, the capital of Guinea’s southeastern forest region where five people have recently died of Ebola.

Inoculations are also planned in Conakry on Tuesday.

Ebola causes severe fever and, in the worst cases, unstoppable bleeding. It is transmitted through close contact with bodily fluids, and people who live with or care for patients are most at risk.

As well as Guinea, the disease has also recently reemerged in the Democratic Republic of Congo.

A further 8,700 vaccine doses were set to arrive from the US on Wednesday.