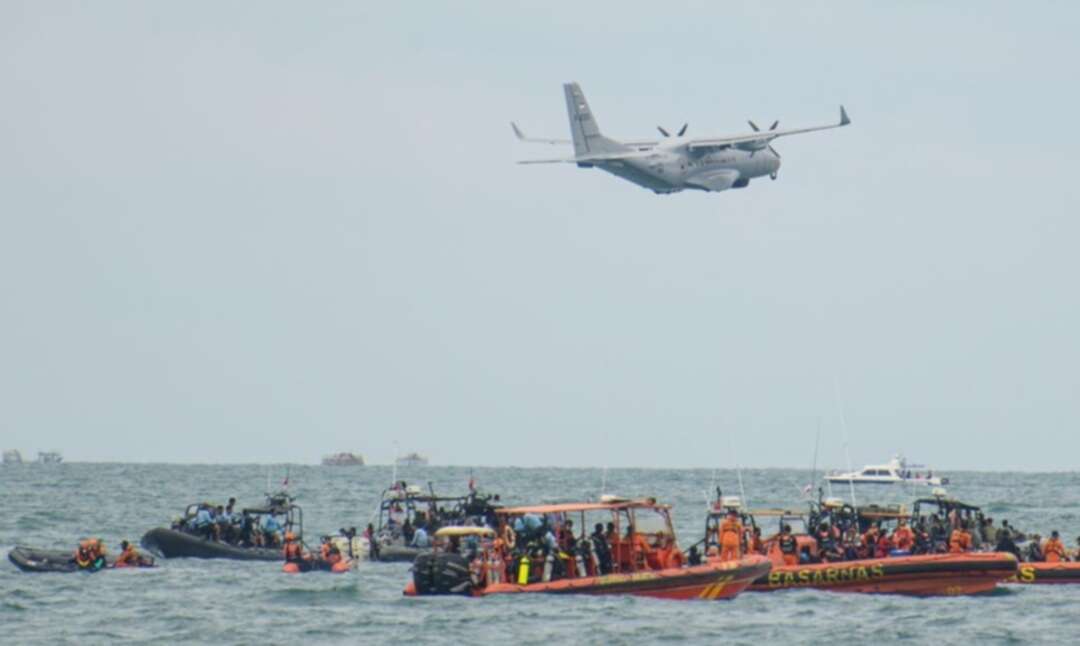 An Indonesian Military aircraft CN-235 is seen during the search and rescue operation for the Sriwijaya Air flight SJ 182, at the sea off the Jakarta coast, Indonesia, January 14, 2021 in this photo taken by Antara Foto. (File photo: Reuters)

Divers have recovered the cockpit voice recorder from a Sriwijaya Air jet that crashed into the Java Sea in January, and Indonesia’s air accident investigator said on Wednesday it could take up to a week to be able to listen to the recording.

The CVR could help investigators understand the actions taken by the pilots of the doomed jet, which crashed shortly after take-off on January 9, killing all 62 people on board.

A preliminary report by investigators released in February said the plane had an imbalance in engine thrust that eventually led it into a sharp roll and then a final dive into the sea. The report included information from the flight data recorder (FDR).

Divers found the casing and beacon of the CVR from the 26-year-old Boeing Co 737-500 within days of the crash but had been searching for the memory unit in relatively shallow but muddy waters, where currents are sometimes strong. 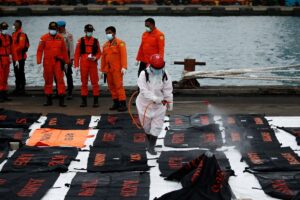 The CVR of Srwijiaya flight 182 was located late on Tuesday, Indonesia’s transport minister told a media conference. A navy official said it had been found under a meter of mud.

“We will take CVR to lab for reading, about three days to one week,” Indonesia National Transportation Safety Committee (KNKT) head Soerjanto Tjahjono said. “After that we’ll transcribe and match it to FDR. Without a CVR, in the Sriwijaya 182 case it would be very difficult to determine the cause.”

Safety experts say most air accidents are caused by a combination of factors that can take months to establish. Under international standards, the final report is due within a year of the crash.