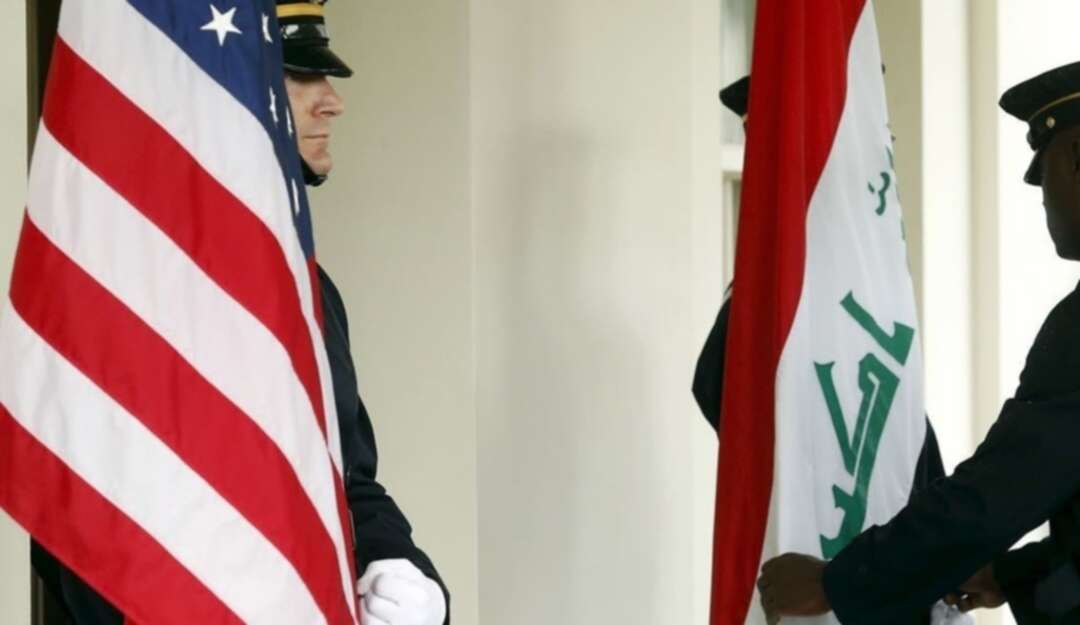 Military honor guards dress the US and Iraqi flags in Washington at the White House. (File Photo: Reuters)

The US has granted Iraq the maximum extension to a sanctions waiver allowing it to import Iranian gas ahead of talks next month, an Iraqi official told AFP on Wednesday.

Iraq buys gas and electricity from Iran to supply about a third of its power sector, worn down by years of conflict and poor maintenance, and unable to meet the needs of the country’s 40 million population.

The US blacklisted Iran’s energy industry in late 2018 as it ramped up sanctions, but granted Baghdad a series of temporary waivers, hoping Iraq would wean itself off Iranian energy by partnering with US firms.

Since the imposition of its sanctions against Tehran at the end of 2018 by former US president Donald Trump, Washington has continued to extend the time allowed for Baghdad to find other suppliers.

In January, Trump’s administration granted a three month exemption, and US President Joe Biden’s team has now granted a further four months, the official told AFP on condition of anonymity.

The extensions, the maximum that can be offered, comes ahead of the start of a “strategic dialogue” between Washington and Baghdad, slated to open via videoconference on April 7.

Baghdad wants to tackle its energy problems ahead of the intense heat of the summer, often a time of social protest exacerbated by electricity shortages.

While American exemptions allow Iraq to obtain supplies from its neighbor without risk of reprisals, they still prevent it from paying its Iranian bills in dollars – a currency that Iran, choked by sanctions, badly needs.

However, Western and Iraqi security sources have told AFP that Iraqi officials got the green light from US officials to release funds owed to Iran for gas imports into a Swiss bank account.