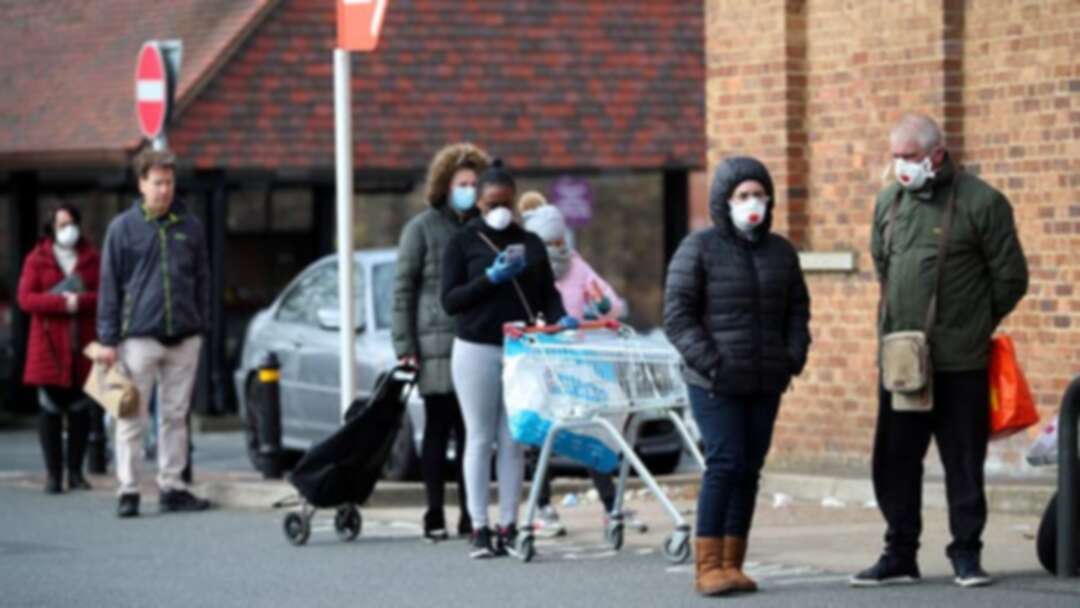 Total grocery sales, including in-stores and online, rocketed by a record 20.6 percent to a new high of £10.8 billion ($13.4 billion, 12.1 billion euros) in the four weeks to March 22 compared with a year earlier, said retail research firm Kantar.

The figures do not include the impact of the nationwide lockdown - that had been widely expected and the UK government implemented it on March 23 in a bid to slow the spread of the COVID-19 pandemic.

“Retailers and their staff have been on the front line as households prepare for an extended stay at home,” said Fraser McKevitt, Kantar’s head of retail and consumer insight.

British food stores have been inundated with shoppers, with people panic buying toilet paper and long-life items such as pasta and canned goods.

Online shopping, a popular choice in Britain, has meanwhile been disrupted for weeks, with long waiting times for scheduled deliveries and some supermarkets’ websites crashing owing to the high demand.  Coronavirus: UK supermarkets

“Government advice may have been to get groceries delivered if possible but limited delivery slots meant that only 14.6 percent of households received an online delivery in the past four weeks, up from 13.8 percent in March 2019 but probably well below actual demand,” McKevitt noted. levant