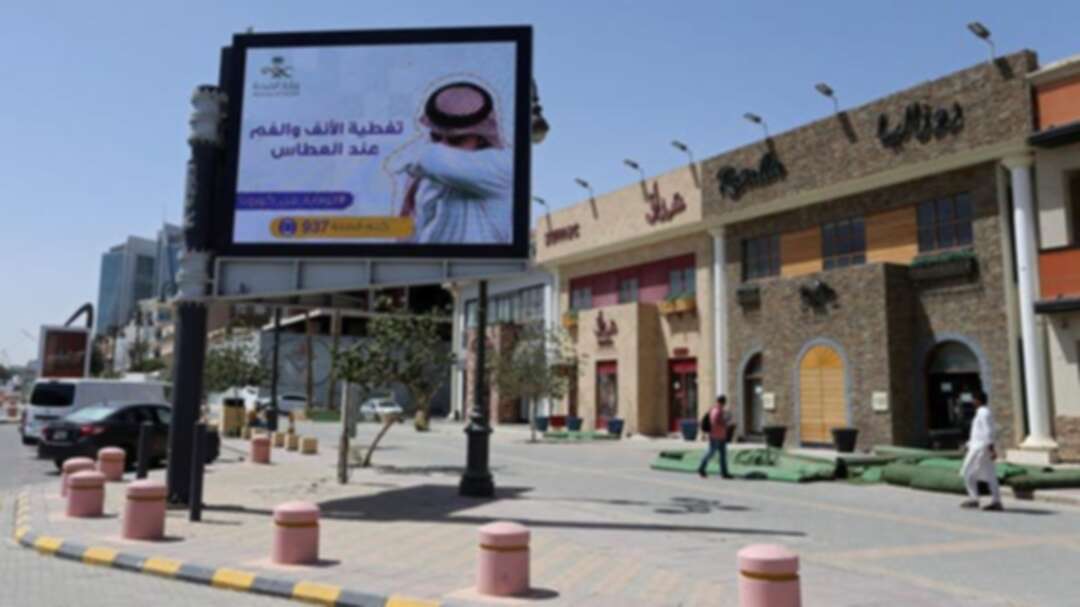 People walk near a banner with an instruction on personal hygiene in Riyadh. (File photo Reuters)

Saudi Arabia recorded 110 new cases of the deadly coronavirus in the last 24 hours, raising the total number of cases in the Kingdom to 1,563, the Ministry of Health announced on Tuesday. Saudi Arabia

Two new deaths were also reported, bringing the death toll in the country to 10, the ministry said.

The two new deaths were of residents in Medina who had tested positive for the virus.

Three cases were also confirmed in Dammam, three in Medina, two in Huff, two in Dhahran, and another two in Jazan, the ministry added.

One case was found in al-Badaea, one in Abha, and one in Khamis Mushait, according to the ministry.

One case was also recorded in Ras Tanura, and another was reported in al-Khafji.

The ministry also confirmed that 165 people have recovered from the coronavirus.

The Kingdom has ramped up its efforts to curb the outbreak by taking strict measures.

Saudi Arabia banned residents in the Jeddah governorate from entering or exiting on Sunday and moved up the start time of the curfew to 3 p.m. instead of 7 p.m. levant