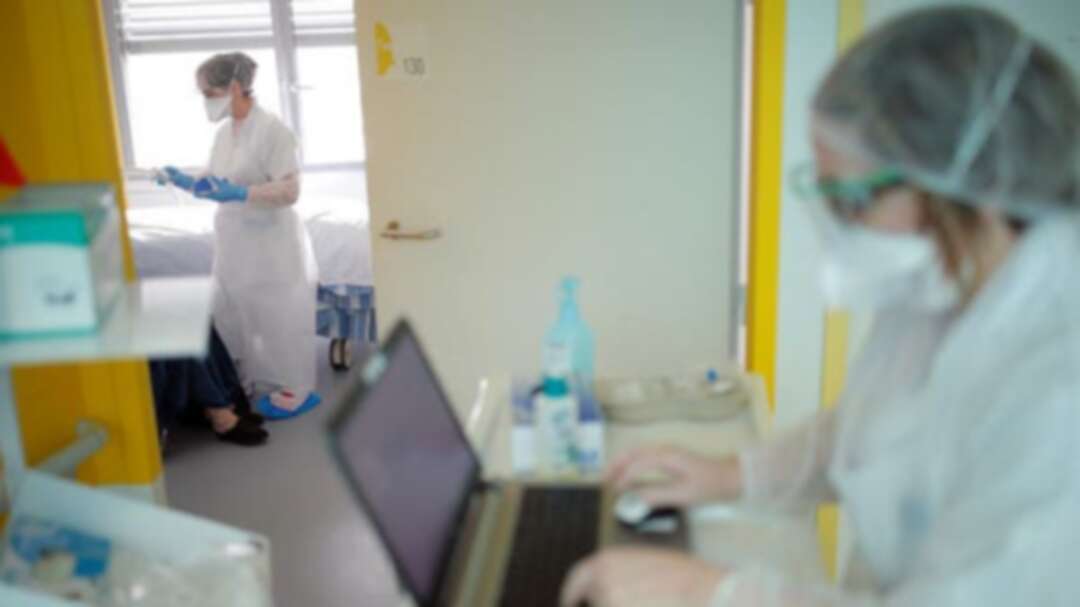 Medical workers are seen at the pulmonology unit at a hospital in Vanne, France. (File photo Reuters)

France plans to quickly ramp up domestic production of face masks and respirators to respond to the urgent needs of hospitals and caregivers during the coronavirus epidemic, French President Emmanuel Macron said on Tuesday. Coronavirus: France

Macron said consumption of face masks in France had soared from four million per week to more than 40 million and the state’s pre-crisis inventory of 140 million masks was insufficient.

“Before, we believed that we could import masks quickly and in great quantity from the other side of the world ... and that we did not need to store billions and billions of face masks,” Macron said during a visit to the Kolmi-Hopen face mask factory near Angers, western France.

He added the world has changed and that there is now unprecedented tension on global markets and that France needed to boost domestic production to become self-sufficient. France has ordered more than one billion face masks from China and the first orders are already arriving, Macron said.

France’s four face mask factories will also boost their combined output from 3.3 million per week before the start of the crisis to 10 million per week by end April, and production by new players such as car parts maker Faurecia, tire maker Michelin and retailer Intermarché will push total output to 15 million per week, Macron said.

Also, in three to four weeks the country will be able to produce a million masks per day for people in other professions than the medical sector, he said.

Some 250 emergency rooms ventilators will be delivered in the coming eight days, he added.

The French government will fund the purchase of masks and ventilators with a 4 billion euro ($4.4 billion) boost to the state health budget.