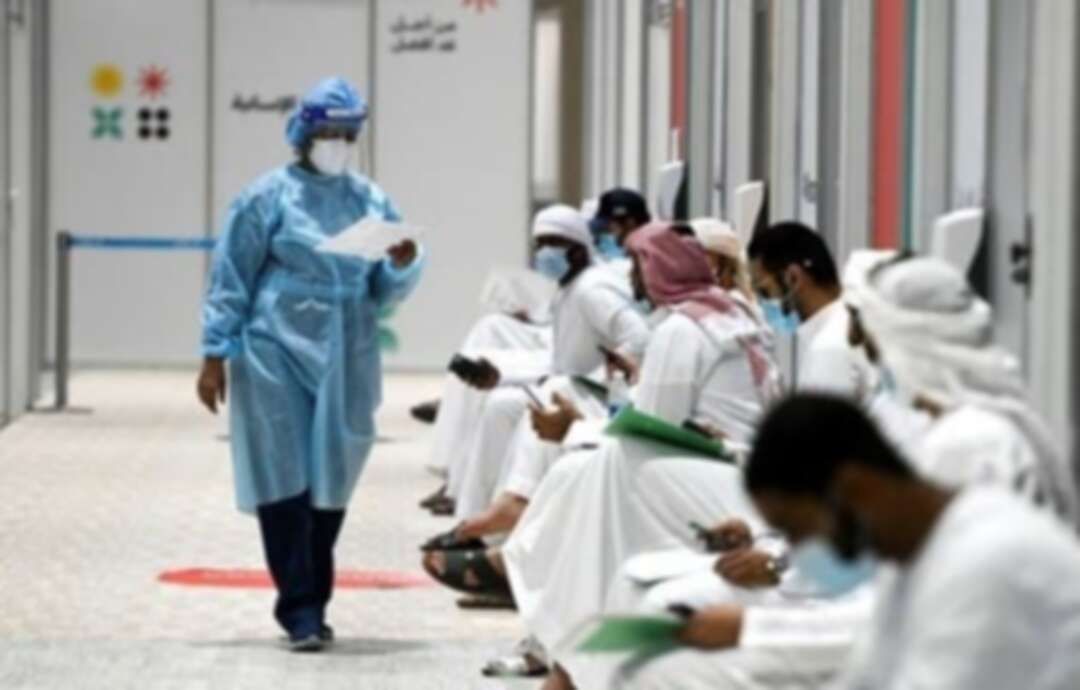 People sit as they wait their turn for vaccine trials in Abu Dhabi, UAE, October 6, 2020. (Reuters)

The United Arab Emirates has vaccinated 887,697 people – nearly 10 percent of its population – since it first launched the inoculation campaign in December, the official WAM News Agency reported.

“In line with its plan to vaccinate more than 50 percent of the country's population against COVID-19, the Ministry of Health and Prevention (MoHAP) announced that 61,396 people have got a coronavirus vaccine over the last 24hrs, bringing to 887,697 the total number of shots taken so far across the nation,” according to WAM.

The UAE has a population of 9.9 million people, according to the World Meters website.

Residents and nationals across the UAE can volunteer to receive a vaccine shot, however, priority is being given to the elderly, as well as those over 18 years of age with chronic illnesses, including diabetes and high blood pressure.

The Chinese Sinopharm vaccine was first approved for use in the country after it showed 86 percent efficacy in trials that included 31,000 participants in the UAE, according to regulators.

On December 24, Dubai authorities announced the approval of the Pfizer/BioNTech vaccine for use in the emirate. It is available for free for all residents and nationals living in Dubai with the first phase of rollout including only the elderly and people with preexisting conditions.

The UAE has seen a drastic spike in new COVID-19 infections with nearly 3,000 new cases reported in a single day on Thursday. However, the death toll remains low with 694 deaths reported as of January 7. Meanwhile, the total number of recoveries has reached 199,178.