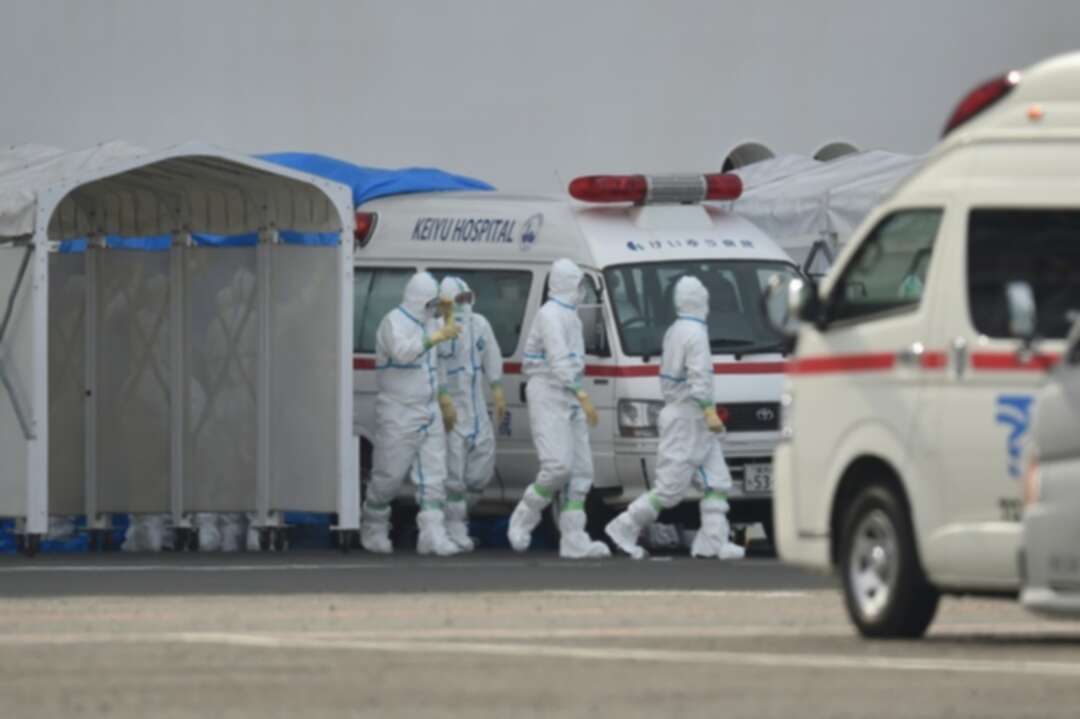 At least 61 people on board a cruise ship off Japan have tested positive for the new coronavirus, the government said Friday, as thousands of passengers and crew face a two-week quarantine.

An additional 41 passengers were found to have contracted the virus, which has killed hundreds of people, most of them in China, and infected more than 30,000 on the mainland.

Japanese authorities have so far tested 273 people on board the Diamond Princess, which was quarantined after a former passenger, who disembarked in Hong Kong last month, was diagnosed with the virus.

"Today they will be sent to hospitals in several prefectures, and we are now preparing for that."

The newly diagnosed include 21 Japanese, as well as Americans, Canadians, Australians, an Argentine and a Briton.

There were more than 3,700 passengers and crew on the ship when it arrived off Japan's coast on Monday evening. It docked in Yokohama on Thursday to resupply for a quarantine that could last until February 19.

Twenty people who were earlier diagnosed with the virus have already been removed from the vessel, including one in serious condition, a health ministry official said, without providing further details.

Testing was initially carried out on those who displayed symptoms or had come into close contact with the former passenger diagnosed with the virus.

But Kato suggested testing would now be expanded to those "who are susceptible to illness, including elderly people and those with other ailments, as well as those who had close contact with the people newly diagnosed with the virus."

There were no immediate details on how many people would meet those criteria or when the testing might take place.

Japan has already reported at least 25 cases of coronavirus aside from the infections on board the ship and evacuated hundreds of citizens from Wuhan, the Chinese city where the virus emerged, including on a fourth flight Friday.

Passengers on the ship have been asked to stay inside their cabins to prevent new infections, and have expressed confusion and frustration about a quarantine expected to last until February 19.

American attorney Matt Smith, 57, and his wife Katherine are among the luckier passengers, in a suite with their balcony. But he told AFP that the 14-day quarantine was a "hard pill to swallow."

"My thought is, the greater number they diagnose on the ship, the greater chance they're going to find some reason to extend the quarantine," he added.

"It's a little disheartening."

Passengers in windowless inside cabins have been allowed onto open decks only briefly, under strict conditions, including wearing a mask at all times.

"The quarantine officials require that you avoid congregating in large groups and maintain a separation of at least one meter (three feet) from each other when talking," the ship's captain said in an announcement on Friday morning.

"We require that you wear as a minimum, warm clothing, hat, and a scarf if possible," he added.

The crew wears masks and gloves when they deliver meals, Smith said, and on Friday thermometers were distributed to passengers, who were asked to notify staff of temperatures over 37.5 Celsius (99.5 Fahrenheit).

While some passengers have reportedly urged their governments to intervene, Smith said he understood the measures.

"The Japanese government is going to do what it can to prevent this virus, just as the US is doing in its borders," he said.

A second cruise ship carrying a passenger suspected of infection with the new virus is headed towards Japan, and authorities said they would ask it to avoid docking.

Holland America Line, which operates the Westerdam, said there were "no known cases of coronavirus on board" and stressed that the ship was not in quarantine.

"We are quickly working to develop alternate plans and are keeping guests updated on board as information becomes available," the firm said in a statement.

Four other ships are scheduled to arrive in Japan this month, and would also be asked to turn back if infections are reported on board, Prime Minister Shinzo Abe said.