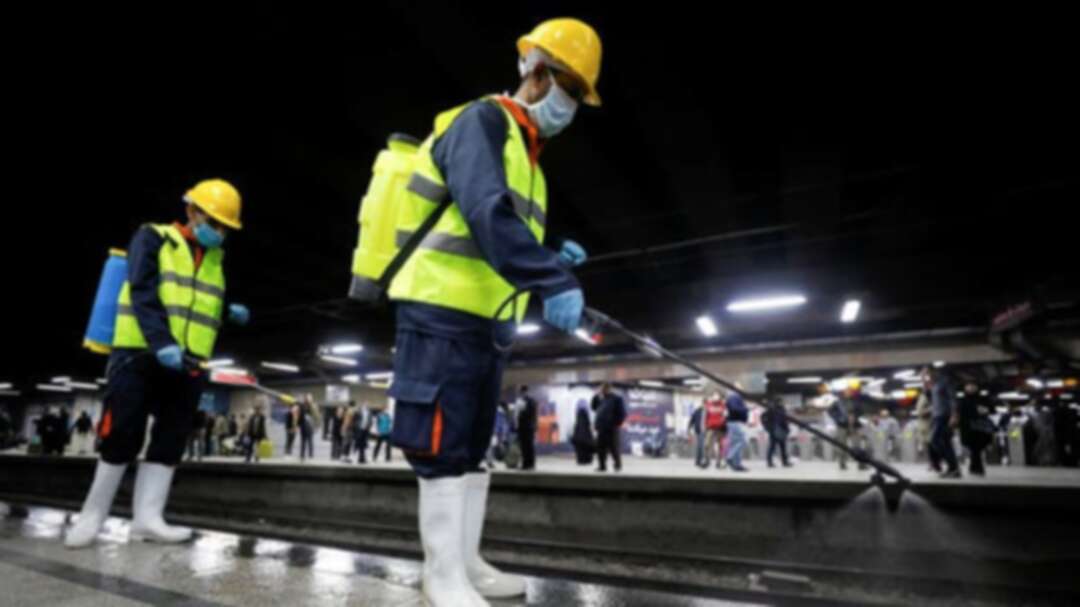 A member of medical team sprays disinfectant as a precautionary move amid concerns over the coronavirus outbreak at the underground Al Shohadaa metro station in Cairo, Egypt on March 22, 2020. (Reuters)

At least 15 medics in Egypt’s main cancer hospital have been quarantined after testing positive for the coronavirus, officials said Saturday, raising fears the pandemic could prey on health facilities in the Arab world's most populous country. at Egypt

Egypt has reported around 1,000 confirmed cases and 66 fatalities from the global pandemic. Authorities have closed schools and mosques, banned public gatherings and imposed a nighttime curfew to prevent the virus from spreading among the population of 100 million, a fifth of whom live in the densely populated capital, Cairo.

Dr. Hatem Abu el-Kassem, the director of the National Cancer Institute, said three doctors and 12 nurses tested positive for the virus. He said all other health workers at the facility, which treats hundreds of cancer patients every day, would be tested.

The institute will be partly closed for three days to be sterilized, with only the emergency ward remaining open.

The virus causes mild to moderate symptoms in most patients, who recover within a few weeks. But it is highly contagious and can cause severe illness or death, particularly in older patients or those with underlying health problems, including cancer patients.

More than a million people have been infected worldwide and more than 50,000 have died from the COVID-19 illness caused by the virus. More than 200,000 have recovered, according to data gathered by Johns Hopkins University. at Egypt

Egypt's Health Ministry reported a spike in cases on Friday, with 120 new infections and eight fatalities, it's highest one-day tally since the first case was reported in February. levant

The government has not yet imposed the kind of total lockdown seen in other countries in the region, but officials have said there are plans for stricter measures if needed.