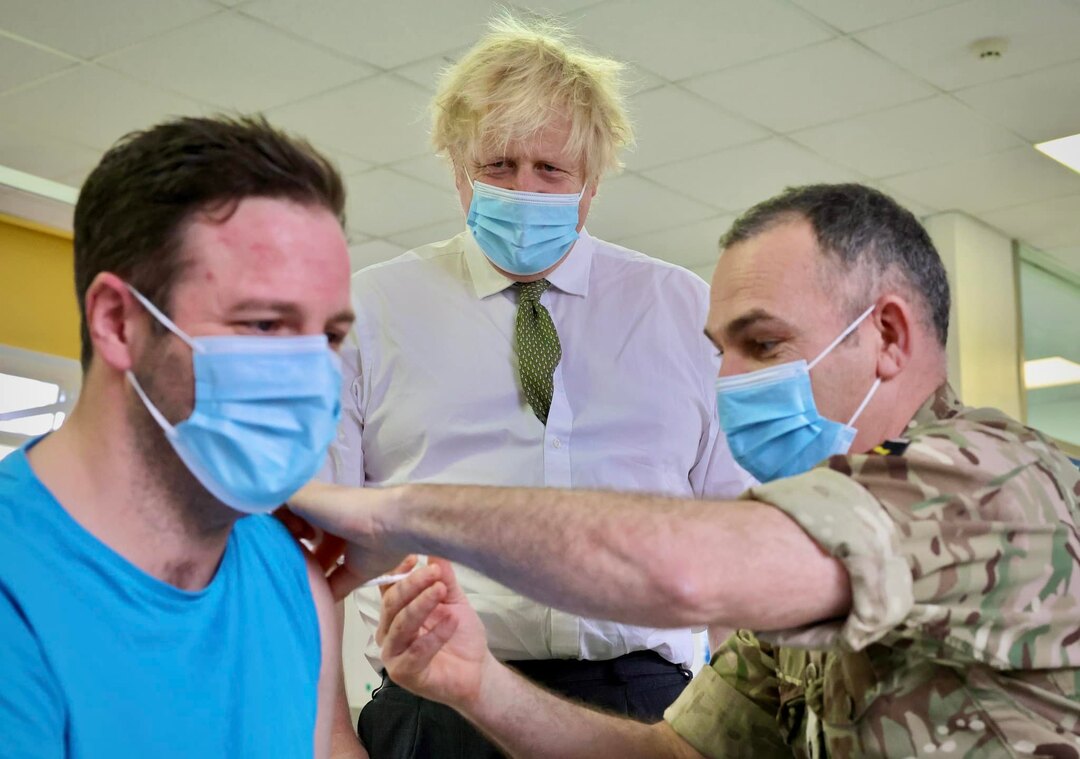 Boris Johnson: Getting a booster is the best way to protect against Omicron/Official Facebook page

The BBC reported that Boris Johnson is expected to announce an easing of England's Covid rules when he makes a statement on Plan B later.

The cabinet will review the latest data before Mr Johnson addresses Parliament in the afternoon.

A government spokeswoman said the decision was "finely balanced" but the latest data was "encouraging", with cases falling since early January.

Plan B measures are due to expire on 26 January.

England's Plan B measures include compulsory face coverings for most indoor public spaces, including theatres, cinemas, public transport and shops

Advice to work from home if possible.

Mandatory Covid passes - showing proof of full vaccination or a recent negative test - to gain entry to nightclubs and other large events, such as big football matches.

Face coverings to be worn by secondary pupils in classrooms.

The government has committed to reviewing them before this date.

The BBC mentioned that the restrictions were introduced in December to slow the spread of the highly transmissible Omicron variant and to buy time to administer more booster jabs.