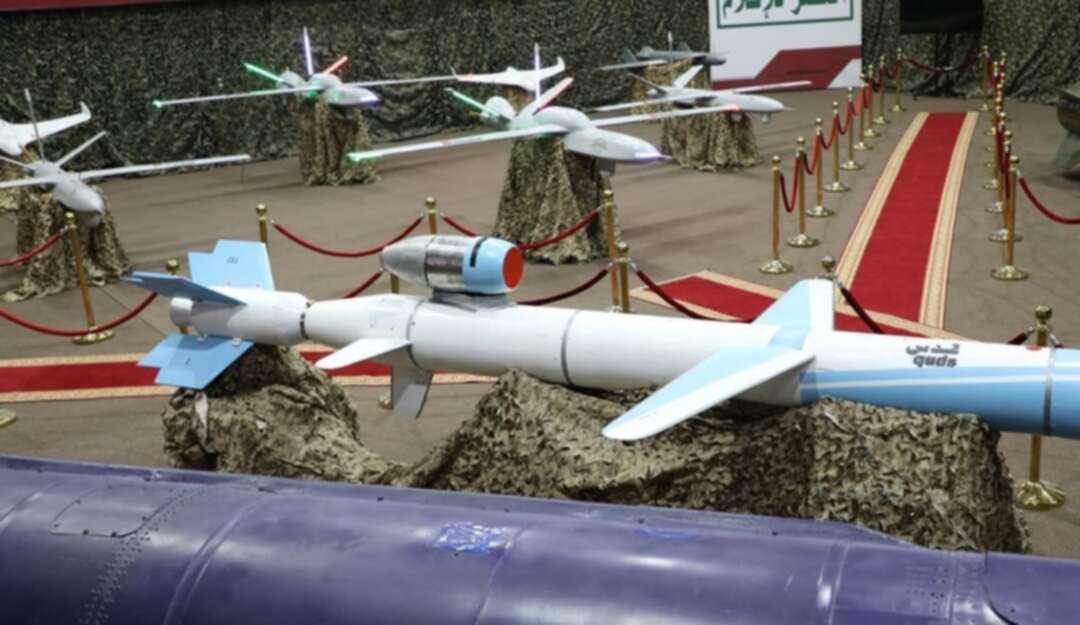 Houthi drones and missiles are seen on display at an exhibition in Yemen. (File photo: Reuters)

Forces that belong to the Arab Coalition intercepted on Wednesday an explosive-laden drone that was launched by the Iran-backed Houthis towards Saudi Arabia, the coalition’s spokesperson said.

The Houthis’ attempts to attack civilians in the Kingdom constitute as a “war crime,” the spokesperson added.

The coalition is taking the necessary measures to ensure that civilians in Saudi Arabia are protected at all times, according to the spokesperson.

This comes a day after the coalition destroyed yet another Houthi explosive drone that was launched towards the Kingdom’s Khamis Mushait.

Earlier on Tuesday, the coalition announced it had intercepted and destroyed a drone launched by the Iran-backed Houthi militia that was heading towards the Abha International Airport in Saudi Arabia.

Scraps from the drone were scattered around the airport after the coalition intercepted the attack, a spokesperson said. No casualties or injuries were reported.

The Houthis have launched several attacks targeting the Kingdom and civilian objects, such as airports, in recent months.