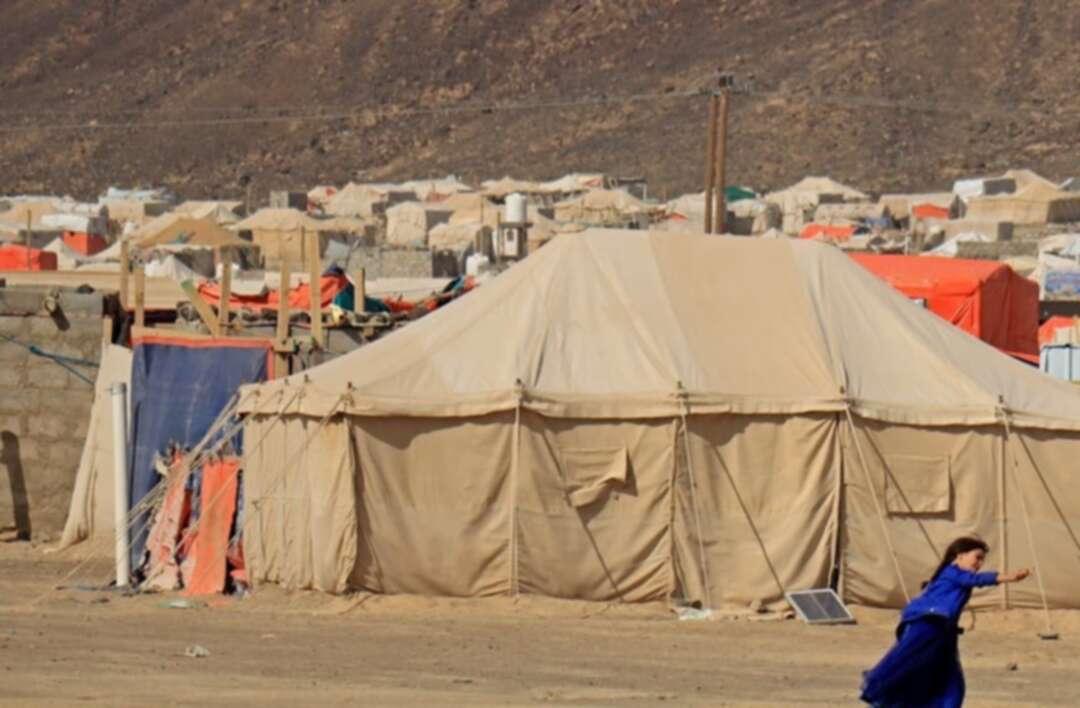 A girl plays at a camp for internally displaced people (IDPs) in Marib, Yemen October 2, 2020. (Reuters)

An offensive by Yemen’s Houthi militia group to take Marib city threatens to displace hundreds of thousands and complicate a renewed diplomatic push to end the war, UN officials say.

The gas-rich region of Marib has been a refuge for hundreds of thousands of people fleeing violence during Yemen’s six-year-old war, expanding its main city rapidly.

A frontline is now roughly 30 kilometer away to the city’s west, a government official told Reuters, and humanitarian concerns are growing. 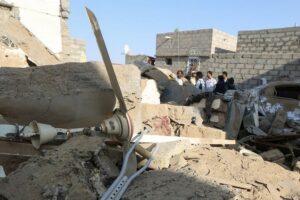 People stand at the site of a Houthi ballistic missile attack over the populated district of Rawda in Marib, Yemen Feb. 6, 2020. (File photo: Reuters)

The recent push towards Marib by Houthi militants, who control Yemen’s most populous areas, comes alongside intensified drone attacks into Saudi Arabia by the Iran-aligned terror group. Riyadh, which is involved in the Arab Coalition fighting the Houthis, said one attack started a fire in a civilian aircraft at an airport in southern Saudi Arabia on Wednesday.

These escalations have coincided with a fresh push by the UN and the US to end the war, which the United Nations says has created the world’s largest humanitarian crisis. This push includes Washington revoking a terrorist designation of the Houthis introduced by former President Donald Trump’s administration in January.

UN Special Envoy to Yemen Martin Griffiths has said the resumption of Houthi hostilities near Marib was extremely concerning at a time of renewed diplomatic momentum.

The US State Department on Tuesday urged the Houthis to stop their advance on Marib and turn to negotiations.

Residents in Marib city, which lies to the east of the Houthi-controlled capital Sanaa, told Reuters on Tuesday they have heard the sound of explosions this week, more strongly at night, and that planes belonging to the Arab Coalition are a constant sight overhead.

Yemen is divided between the internationally recognized government based in the south - supported by the Arab Coalition - and the Houthi militia group headquartered in the north. The Houthis ousted the government from power in the capital Sanaa in late 2014.

Yemen’s frontlines have largely been in stalemate for years but a major Houthi gain in Marib would leave the group in control of what historically was known as North Yemen. Marib city is also the last line of defense before Yemen’s biggest gas and oil fields, which are in government hands.

The UN’s International organization for Migration (IOM) says 106,449 people have been displaced by fighting which has been bubbling along the Marib frontlines for a year.

It warned an additional 385,000 people could be displaced with a major frontline shift. There are 125 displacement sites around Marib, IOM says.