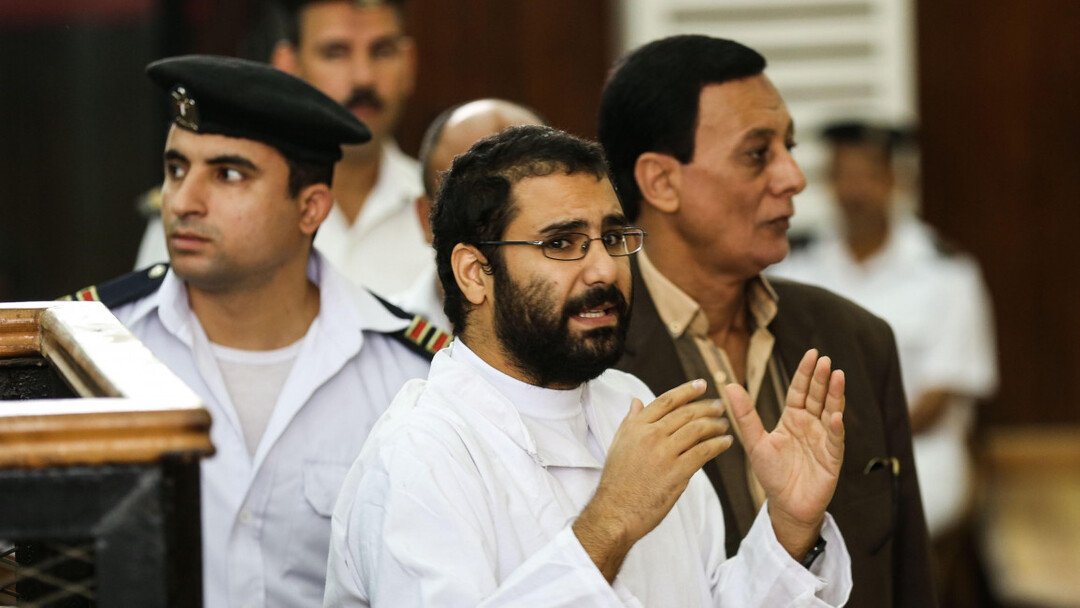 Jailed Egyptian activist Alaa Abdel-Fattah is a prominent figure of the 2011 Egypt revolution, that saw the toppling of autocrat President Hosni Mubarak [Getty]

The Anews reported, citing the AFP, Amnesty International has called for the release of prominent Egyptian activist Alaa Abdel Fattah, who on Saturday (June 25) marks 1,000 days of "unjust detention".

Amnesty said in a statement on Friday (June 24): "Tomorrow marks 1,000 days of unjust detention for prominent blogger and activist Alaa Abdel Fattah... and his lawyer Mohammad Baker, both imprisoned solely for the peaceful exercise of their human rights.”

It urged Egypt to release the pair "immediately and unconditionally".

A key figure in the 2011 revolt that toppled longtime autocrat Hosni Mubarak, Abdel Fattah was sentenced in December to five years in prison after he was convicted along with two others of "broadcasting false news".

His sister, Sanaa Seif, says their family's activism "is no longer a political cause" but has become a "matter of survival." pic.twitter.com/S4dqk8mk4j

He had already been in pre-trial detention in Cairo's notorious Tora prison since September 2019, and has spent the better part of the past decade behind bars.

A according to his family, he has been on hunger strike since early April to protest his prison conditions.

Amnesty urged the British authorities to "use all means at their disposal" to visit Abdel Fattah and "secure his release".

Abdel Fattah gained UK citizenship in April from inside prison, through his British-born mother Laila Soueif. His family has since been pushing for a consular visit.

Foreign Secretary Liz Truss said on Tuesday (June 21) that Britain was "working very hard to secure his release" and that she was "seeking a meeting with the Egyptian foreign minister".

She said: "His continued unjust imprisonment sends a chilling message to other activists, casting a shadow over preparations for the global UN climate conference taking place in Egypt later this year.”