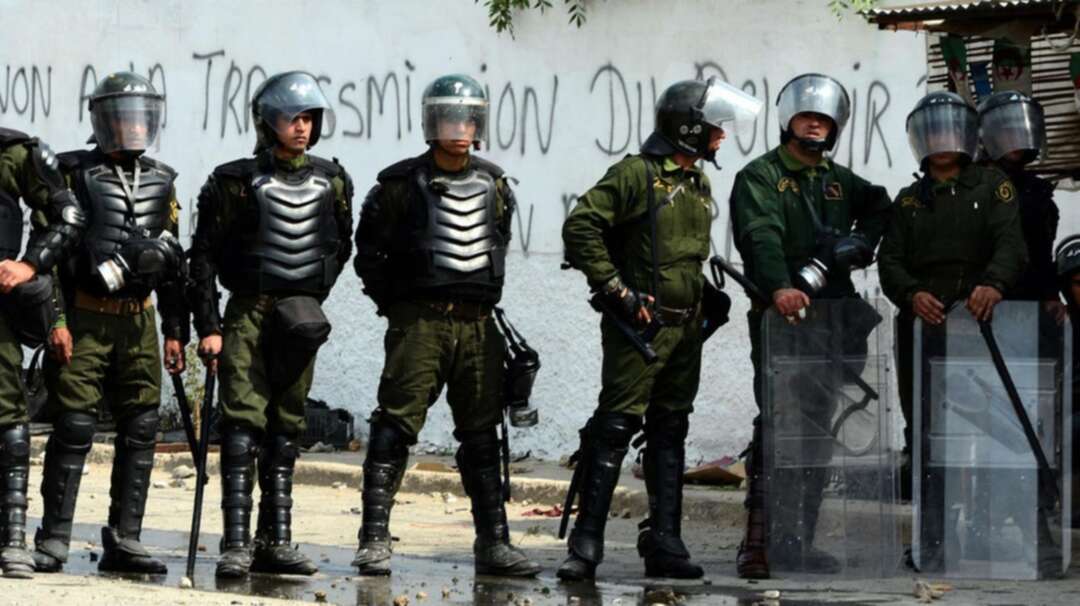 A file photo of Algerian forces deployed during an opertaion. (AFP)

The suspects were planning “terrorist car bomb operations at the heart of the Hirak in the cities of Tizi Ouzou and Bejaia,” according to a statement from the prosecution, cited by the official APS news agency.

They were arrested in Tizi Ouzou in connection with a case involving “possession of weapons of war and explosives with a view to use them in terrorist acts”, the statement added.

Security forces seized weapons including a pump-action shotgun and a Kalashnikov assault rifle and ammunition, as well as electronic devices and two vehicles.

The suspects, aged 36 to 51 and originally from the Bouira and Tizi Ouzou provinces, appeared in court in Azazga, near Tizi Ouzou, on Tuesday.

One was held in custody while the other four were released under judicial supervision.

The Hirak protest movement was sparked in February 2019 over then-president Abdelaziz Bouteflika’s bid for a fifth term in office.

The ailing strongman was forced to step down weeks later, but the Hirak continued with demonstrations, demanding a sweeping overhaul of a ruling system in place since Algeria’s independence from France in 1962.

Since the movement’s second anniversary on February 22, thousands have continued to defy a ban on gatherings due to the coronavirus pandemic and taken to the streets for weekly protests, which were suspended for almost a year due to the health crisis.

In January last year, the defense ministry announced the arrest near Algiers of a would-be suicide bomber who wanted to attack a gathering of the anti-government movement in the capital.

Early this month, authorities said a bomb primed to explode in Algiers was defused after three members of a “terrorist group” were arrested in Tipaza, west of the capital.

Between 1992 and 2002, a civil war pitting the army against multiple Islamist and jihadist groups left an estimated 200,000 people dead.

A 2005 Charter for Peace and Reconciliation was supposed to have turned the page on the conflict, but jihadist groups continue to carry out sporadic operations.